Tony Abbott on Islam: ‘Not All Cultures Are Equal’ 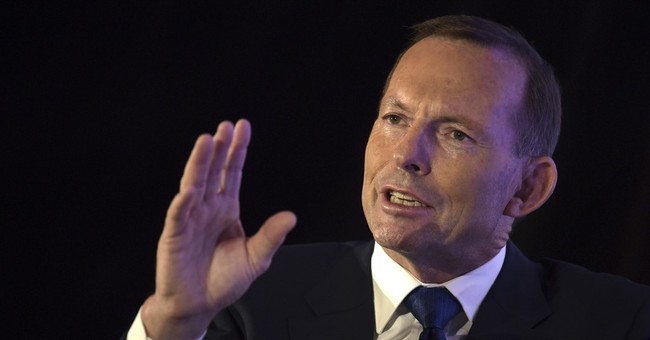 Former Australian Prime Minister Tony Abbott is taking heat for comments he made about Islam, saying that the West “can’t remain in denial about the massive problem within Islam.”

“Islam never had its own version of the Reformation and the Enlightenment or a consequent acceptance of pluralism and the separation of church and state,” he wrote in a letter published in a Sydney tabloid last week.

“It’s not culturally insensitive to demand loyalty to Australia and respect for Western civilization. Cultures are not all equal. We should be ready to proclaim the clear superiority of our culture to one that justifies killing people in the name of God.”

Abbott, who remains a member of parliament, was accused by political foes of bigotry, with some even saying he sounded like the Australian version of Donald Trump.

Abbott didn’t back down, however.

After speaking at an event in Singapore on Wednesday, he told the audience, “not all cultures are equal.”

“I am more than ready to assert the superiority of a culture that is decent and humane, open and welcoming, over a culture that thinks it's right to kill in the name of God.”