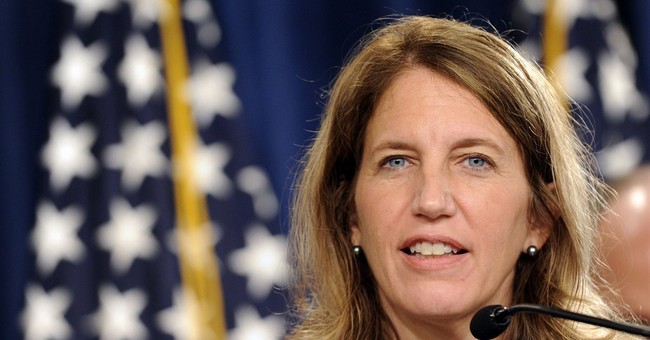 The Centers for Medicare & Medicaid Services, a federal agency, was in contact with officials in Louisiana and Alabama this month, said a spokesperson for the agency's parent, the Department of Health and Human Services (HHS).

The agency warned those two states that their plans to terminate Medicaid provider agreements with Planned Parenthood may illegally restrict beneficiary access to services, the spokesperson said in a statement. […]

Federal law requires state Medicaid programs to cover family-planning services and supplies for anyone of child-bearing age. Ending the agreements with Planned Parenthood would limit beneficiaries' access to care and services from qualified providers of their choice, according to HHS.

Alabama and Louisiana of course had made the decision to defund Planned Parenthood after a series of secretly recorded videos came out exposing that the group sells babies’ body parts, among other disturbing practices.

But is what these states are doing really illegal? LifeNews.com reports that no, it isn’t:

According to the Medicaid provider contract between DHH and Planned Parenthood, along with relevant Louisiana law, either party can choose to cancel the contract at will after providing written notice.

Louisiana for its part is refusing to back down, a spokesman for Gov. Bobby Jindal said, reports The Hill.

He cited a provision in the state Medicaid contract allowing either party to cancel it at will, with 30 days notice.

“CMS reached out to DHH after we canceled the Medicaid provider contract with Planned Parenthood,” Reed said. “DHH explained to CMS why the state chose to exercise our right to cancel the contract without cause.”

Planned Parenthood said the group will do “everything in our power to protect women’s access to health care in all fifty states.”

Given that the White House believes the group follows such “high ethical standards” it’s likely the administration will do everything it can to make sure the abortion giant has access to all the taxpayer money it can in each and every state.