Ohio Committee Passes Bill to Ban Abortions Based on Down Syndrome 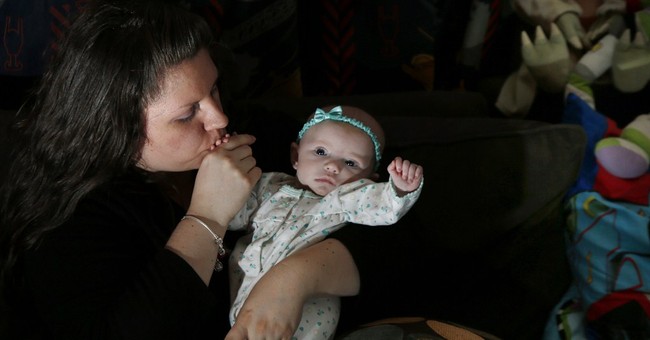 In 2011, pro-life group Life Always ran a billboard in Manhattan showing a picture of a worried-looking black girl with the caption, “The most dangerous place for an African-American is in the womb.” The provocative message was aimed directly at the fact that abortion is the No. 1 killer of African Americans, and in New York City, more black babies are aborted than born alive.

Sadly, the billboard's message could also apply to another group of Americans: those with Down syndrome, 70 to 90 percent of whom are aborted, according to LifeNews, thanks to broader prenatal testing.

Sadly, the trend is similar around the world, too. In the United Kingdom there’s been a 34 percent increase in abortion rates for Down syndrome babies since new testing came out in 201. The recent release of these findings led one Canadian columnist to wonder if the practice is really all that different than Nazi eugenics. After all, where will it stop? Because of that same prenatal test in the UK, 10 babies were aborted simply because they had a cleft palate (!), a birth defect that is entirely treatable.

It’s comforting to know, then, that states like Ohio are taking steps to ban abortions of babies who have Down syndrome.

LifeNews.com has the details:

An Ohio state legislative committee approved a pro-life bill today to ban abortions specifically done on unborn babies who are diagnosed with Down syndrome. The vote in favor of the measure sends the bill to the full Ohio state House for a vote.

The Ohio House Committee on Community and Family Advancement voted in favor of the bill 9-3 with bipartisan support. […]

Ohio Right to Life’s Down Syndrome Non-Discrimination Act (H.B. 135) was introduced in the Ohio House of Representatives. The legislation, sponsored by Representatives Sarah LaTourrette and David Hall, comes after multiple studies have demonstrated that upwards of 90 percent of babies diagnosed with Down syndrome are aborted. Sixteen legislators signed on as co-sponsors of the bill.

“With these committee hearings, Ohioans have had the opportunity to define what kind of state we want to be: one that accommodates difference and protects every person’s right to life,” said Stephanie Ranade Krider, executive director of Ohio Right to Life. “We are tremendously proud of this committee for taking steps towards making Ohio a safer place for every human child, regardless of how many chromosomes they have.”

In 2013, North Dakota became the first state in the nation to ban abortions of babies because they were diagnosed with Down syndrome.