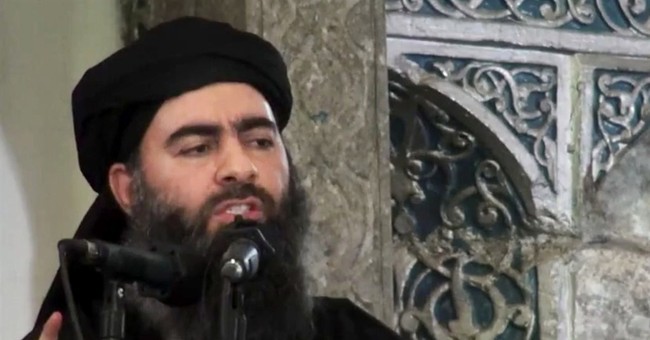 If we are to believe reports out of Iraq and Syria, it has not been a good couple of months for ISIS’s leadership. First, Abu Bakr al-Baghdadi, the leader of the world's deadliest terrorist organization, was reportedly gravely injured in a coalition airstrike, although the US denies this. Then, we saw a power struggle within the group over who would be his successor. And now, deputy leader Abu Alaa al-Afri, who was guiding the Islamic State while Baghdadi’s been incapacitated, was killed in a coalition airstrike, according to the Iraqi military, although the Pentagon also denied this attack.

CNN has the details:

The Defense Ministry did not say when the men were killed. A senior Iraqi security official who did not want to be named discussing sensitive intelligence told CNN the strike happened Tuesday.

According to reports, the airstrike hit a mosque where al-Afri was meeting with other militants, but the U.S. denies strongly denies this allegation.

“We have significant mitigation measures in place within the targeting process and during the conduct of operations to reduce the potential risks of collateral damage and civilian casualties," Central Command said.

Since the U.S. military has not confirmed any of these reports, they must of course be taken with a grain of salt. The Iraqi government has in the past announced the death of ISIS militants when they did not in fact die, but resurfaced later on. Independently confirming such statements is also nearly impossible; so for now, we must wait and see.