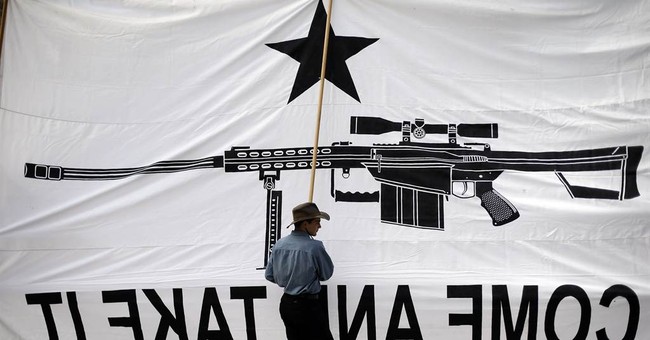 The Second Amendment Foundation has never been one to let the rights of law-abiding citizens get trampled on without putting up a fight. It should come as no surprise, then, that they’ve taken Washington state’s gun control Initiative 594 to court. Well, parts of it at least.

The Second Amendment Foundation today filed a lawsuit in federal district court in Tacoma, seeking a permanent injunction against enforcement of portions of Initiative 594, the 18-page gun control measure that took effect Dec. 4, alleging that “portions of I-594…are so vague that a person of ordinary intelligence cannot understand their scope,” and that other parts violate the Second Amendment outright.

Joining SAF in this action are the Northwest School of Safety, Puget Sound Security, Inc., the Pacific Northwest Association of Investors, the Firearms Academy of Seattle, six individual citizens including SAF founder and Executive Vice President Alan Gottlieb and the Gottlieb Family Trust. They are represented by Seattle attorneys Steven Fogg and David Edwards, and Bellevue attorney Miko Tempski.

“We took this action due to the confusing and arbitrary language and nature of I-594,” Gottlieb said in a statement. “Three of our plaintiffs, including my son, are residents of other states and cannot legally borrow handguns for personal protection while traveling in Washington. Under I-594, all transfers must be done through federally-licensed firearms dealers, but under federal law, dealers cannot legally transfer handguns to residents of other states. I-594 also essentially prohibits our non-resident plaintiffs from storing their own firearms here.

He continued: “This measure effectively infringes upon, if not outright prohibits, the exercise of their constitutionally-protected right to bear arms under the Second Amendment.”

Aside from the fact that it is nearly impossible to enforce, will not make anyone safer, and is a waste of law enforcement resources, this was one of the reasons the vast majority of sheriffs in the state fiercely opposed the initiative from the get-go.

“We’re not trying to stop background checks,” Gottlieb said. “We’re taking action against a poorly-written and unconstitutionally vague measure that criminalizes activities that are perfectly legal anywhere else in the country, thus striking at the very heart of a constitutionally-protected, fundamental civil right.”