Fed Up With TSA, Lawmakers Plan Legislation to Privatize All Federal Screeners 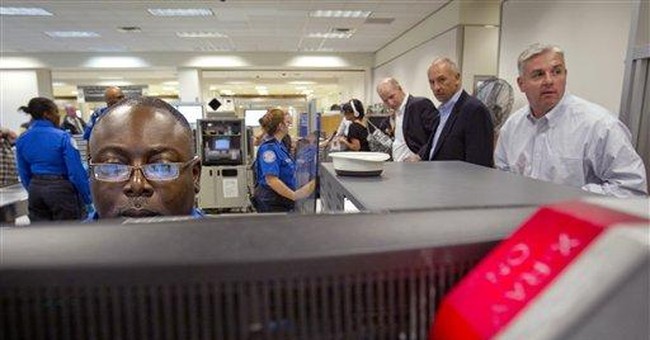 Rep. John Mica, R-Fla., has had it with the way TSA agents treat passengers and is threatening to privatize airport screening unless improvements are seen.

“If you come to Orlando airport or Sanford airport, what is going on is almost criminal to American citizens, the way they are treated,” said Mica, head of the Oversight and Government Reform subcommittee on government operations, reports USA Today. “This is the mess we’ve created.”

Rep. John Mica, R-Fla., said he plans legislation "one way or the other" to privatize all federal screeners within two years. He would leave TSA in charge of gathering intelligence, setting standards and running audits. […]

The criticism came the same day Congress began debating a spending bill that would cut $225 million from TSA and cap the number of screeners at 46,000.

The top Democrat on the committee, Rep. Gerald Connolly of Virginia, said 48,000 workers are categorized as screeners.

But Kelly Hoggan, TSA's assistant administrator for security operations, said some of those workers categorized as screeners are actually managers and supervisors, so it isn't immediately clear how the cap will affect checkpoints.

Hoggan assured Connolly that the agency would perform its job with the funding provided.

Lawmakers were still concerned with the agency’s performance, however.

"When we mistreat them by barking orders at them as if they are cattle, not people, we actually diminish spirit of cooperation," Connolly said. "I've had it, and I think a lot of the public has had it. There is no excuse for it."

But more than that, studies have found that TSA’s screening results “have been no better, and possibly worse, than that of the private screeners,” according to Chris Edwards, author of the study Privatizing the Transportation Security Administration. “And a House report in 2011 found that private screeners at San Francisco International Airport were far more efficient than the federal screeners at the Los Angeles International Airport.”

There are currently 14 airports across the U.S. with private contractors as screeners, reports USA Today.