UN: Iran is the Perfect Country to Serve on the Disarmament Committee! 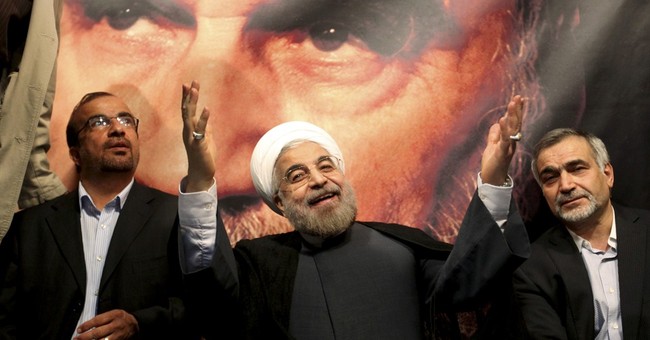 And this would be why no one (in the U.S., at least) takes the United Nations seriously:

The United Nations has selected Iran to serve in a senior role on its Committee on Disarmament and International Security, an international body that deals with major global security issues.

Iran announced on Wednesday that it had been selected by UN member states to serve as the disarmament committee’s rapporteur, according to reports. The position would put Iran in charge of reporting on the committee’s proceedings and actions.

The appointment was made shortly after Israeli Prime Minister Benjamin Netanyahu addressed the UN’s General Assembly to warn the world that Iran is only months away from having the capabilities to build a nuclear weapon.

So Iran, a country that has nuclear ambitions, broken multiple international conventions and called for the destruction of another UN member state, will serve in a senior role on a committee that’s chaired by Libya, where, in a post-Qaddafi era, law and order remain elusive and weapons freely flow to terrorist organizations. Excellent.

This is not to say everyone agrees with the move—far from it:

“I’m just surprised that the UN never got around to hiring Michael Jackson to work in its daycare center,” said former Pentagon advisor Michael Rubin. “This seems about as good an idea.”

The Anti-Defamation League (ADL) also slammed the UN for allowing Iran to join the committee.

“This action, which comes on a day dominated by the discussion about Iran’s nuclear weapons program and Syria’s use of chemical weapons, represents the height of hypocrisy at the UN,” the ADL said in a statement. “Iran’s appointment to a leadership role in a body charged with disarmament and counteracting threats to peace is simply unbelievable.”

“The international community’s greatest global challenge is the Iranian regime with its countless violations of international conventions, and threats to peace through its nuclear weapons program and sponsorship of world-wide terrorism,” the ADL said. “Iran’s election to be the face of the First Committee in the General Assembly only serves to further undermine the UN’s credibility.”

The UN Office for Disarmament Affairs promotes, according to its website, “nuclear disarmament and non-proliferation,” and the strengthening of “disarmament regimes in respect to other weapons of mass destruction.”

Slow clap for the UN.