Obama Will Seek Congressional Approval for Strike Against Syria 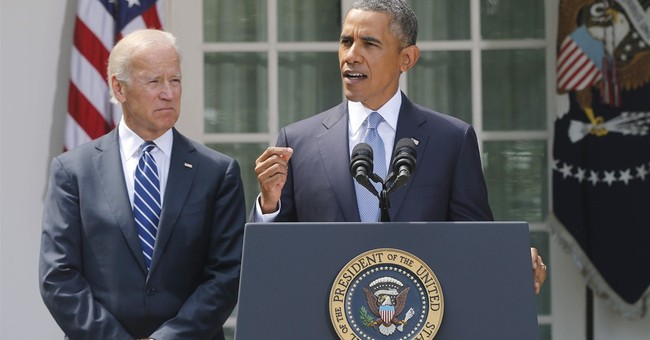 Speaking from the Rose Garden Saturday, President Obama addressed the nation on Syria, reiterated the horrible atrocities that have taken place and said the chemical attack was “an attack on human dignity.” Obama was firm in his position that the United States will take military action against the country but without boots on the ground. Not doing so risks making a mockery of the global prohibition of the use of chemical weapons, he said, and could lead to further use of such weapons.

Interestingly, and the topic of much heated debate recently, Obama said he believes he has the authority to carry out military action without specific congressional authorization. However, the focus of his speech was that he will seek congressional approval before a strike on Syria.

“We are prepared to strike [but] we’ll seek support from Congress,” he said. “We’ll have the debate as soon as Congress gets back.” Obama explained the strike will be limited in duration and scope.

After failing to win support from the United Nations and the British public for military action in Syria, the Obama administration is just now trying what some lawmakers say it should have been doing from the beginning -- making the case to the American people.

Polls suggest winning public support will be an uphill climb. A new Reuters’ poll shows U.S. support for intervention has increased over the past week to 20 percent, up from just 9 percent, with more than half of Americans opposing intervention.

Secretary of State John Kerry indicated Friday that the administration will try to convince the public and Congress that America has an 'obligation' to act.

“The president asked all of us on his national security team to consult with the leaders of Congress as well,” Kerry said. “I will tell you that as someone who spent nearly three decades in the United States Congress, I know that consultation is the right way for a president to approach a decision of when and how and if to use military force. … And I believe, as President Obama does, that it is also important to discuss this directly with the American people. That's our responsibility.”

However, Brendan Buck, spokesman for House Speaker John Boehner, said Obama still has a "responsibility to explain to Congress and the American people the objectives, strategy, and legal basis for any potential action."

Congress will not be back in session until Sept. 9.