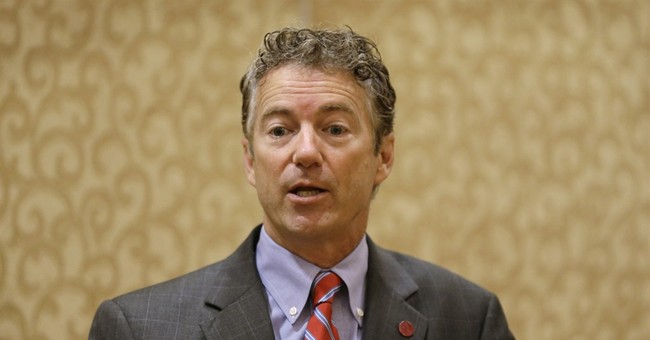 Paul, an eye surgeon by trade, will perform pro bono surgeries on three patients in Paducah, Ky., next Wednesday, something that he’s done a couple of dozen times since entering the senate. “He’s really done them all over Kentucky,” explained Dan Bayens, a spokesman for the senator. It’s cataract surgery that the Kentucky Republican tends to perform. And he uses local doctors and ophthalmologists that he has relationships with to link up with patients who are uninsured or underinsured.

While Paul’s patients gain better vision, the senator is able to keep his skills sharp. “That’s part of what doing the surgeries is about,” explained Bayens. “If he didn’t do this he wouldn’t be able to keep up his license.” As a senator, Paul can’t have another gig on the side. (Though he did try to negotiate with Senate Majority Leader Harry Reid, D-Nev., on that one, to no avail, Bayens said.)

“I think the main reason is he really enjoys it,” Bayens said of performing the free surgeries. “And I think, to be honest, he always says he’s not sure if he’ll do politics forever, he really loves being an eye surgeon and that’s something he sees himself returning to once this career is over.”

It seems Paul has always been involved in charitable work, founding the Southern Kentucky Lions Eye Clinic in 1995, which provides surgery and eye exams to families and people in need, and through the Children of the Americas program, he provided free eye surgery to children from around the world. He was also the former president and longtime member of the service organization Lions Clubs International.