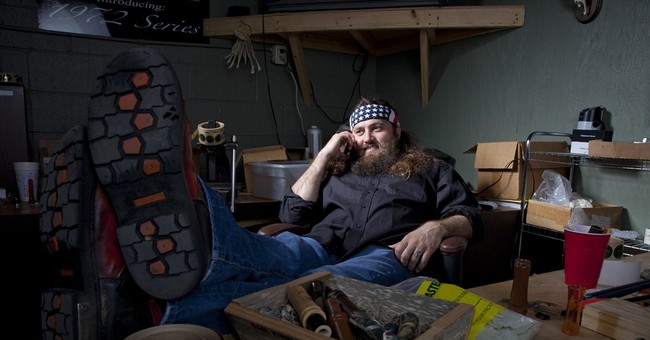 Alexander, expressing frustration with divided government, is going to work in Louisiana Gov. Bobby Jindal's cabinet. He will leave at the end of September and a special election will be held to fill the open seat.

He represents the 5th District, including Monroe, La., home to the group headed by Robertson, the game call and hunting companies Duck Commander and Buck Commander. Alexander and his staff are also friendly with the Robertson family, especially Willie.

Robertson is more famous for the TV hit Duck Dynasty on A&E about the family business, in which where he is known for being the CEO prankster. He is a self-described "redneck millionaire."

There has been no comment on the matter from the Robertson family, so at this point it’s simply Republican operatives that are trying to convince the A&E star to run, which could prove to be extremely difficult.

“Yup, I think it is a D.C. thing right now,” a GOP official told the Washington Examiner. “Why would a multi-millionaire, TV sensation give up that work to run for a congressional seat?”

State Sen. Neil Riser and Alexander’s chief of staff Adam Terry are among those lining up for a bid, according to Roll Call.