Does Morality Matter in Politics Anymore? 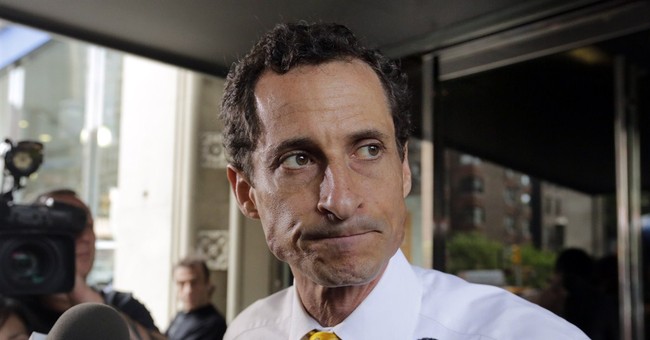 In the last few months we’ve seen former Gov. Mark Sanford redeem his political career after an extramarital affair; Anthony Weiner run for NYC mayor after he resigned in disgrace from Congress in 2011 over sexting scandals (that he continued to engage in); and ex-New York Gov. Eliot Spitzer run for New York City comptroller after resigning in 2008 over a prostitution scandal. Based on recent events, one has to wonder if morality has any impact on a politician's decision to run for office, or if it affects a voter's choice at the polls. Regarding the latter, a Rasmussen poll finds that most voters are in fact less likely to vote for a candidate caught in a sex scandal:

Most voters say the rise of social media and increased electronic communication are causing more politicians to get caught misbehaving, and it’s costing those politicians their vote.

The latest Rasmussen Reports national telephone survey finds that 81% of Likely U.S. Voters consider a candidate’s personal life at least somewhat important to how they will vote, while just 19% say it’s not important. This includes 38% who say the candidate’s personal life is Very Important versus three percent (3%) who view it as Not At All Important. (To see survey question wording, click here.)

The debate will certainly continue as to whether or not a politician’s character will affect his or her ability to serve in office. Bill O’Reilly, for example, argues that JFK’s “indiscretions were at the highest level but he was a very good president”—and many say the same about Bill Clinton. But beyond this question, Judson Phillips over at TheWashington Timesweighs in on the bigger picture:

Who is responsible for the decline of America?

It is Anthony Weiner.

It isn’t just Anthony Weiner. It isn’t just Eliot Spitzer, the former New York Governor who resigned in disgrace after being implicated as a customer in a high priced prostitution scandal. Not only that, but Spitzer committed financial crimes that someone who is not a member of the political class would have been sent to prison for.

It is all of them. America is dying because our leaders are not the best and brightest. They are the dirtiest and slimiest. […]

The problem America has is our leadership seems like it is generally drawn from the sewer. And that is manifested with people like Nancy Pelosi who believe they are our public masters and not our public servants.

There is an old political joke that says certain politicians could survive anything except being found in bed with a dead girl or a live boy. Now they can survive even that.

Scandal used to be a great way of culling the political herd. A scandal would kill a politician’s career. No longer.

As Weiner and Spitzer have both proved, unless you are in prison, scandal is no longer a bar to a future political career.

America’s problem is we now have a permanent political class. With membership comes benefits not available to the average citizen. No wonder so many politicians will do anything to remain a part of that political class.

America is a nation that was designed by geniuses and is now run by idiots.Can we survive having a permanent political class?

Now that is a very good question…