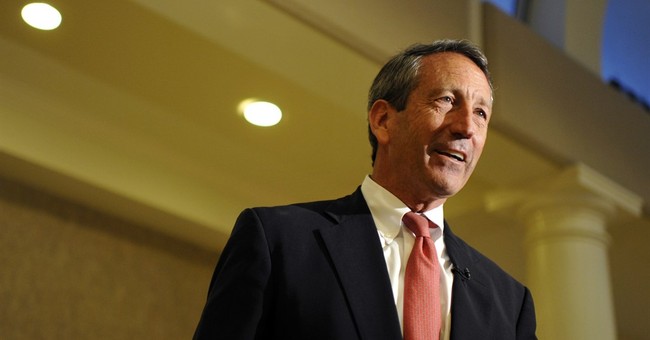 After a short and sweet special election campaign in South Carolina’s first congressional district -- a race that was too close to call as recently as Monday -- former Governor Mark Sanford has been declared tonight’s winner. Hooray?

At one time, Sanford was mentioned as a possible GOP presidential contender.

But his career unraveled when, as governor four years ago, he disappeared for five days, telling his staff he was hiking the Appalachian Trail. He returned to admit he had been in Argentina with his mistress. Sanford later paid a $70,000 ethics fine, the largest in state history.

Though Sanford’s electoral prospects were looking rather bleak for a while, it seems the former governor has pulled it off. Stay tuned for Guy’s post-election analysis.