Rogers: "Bad Guys" Have Already Changed the Way They Operate Because of Snowden Leaks 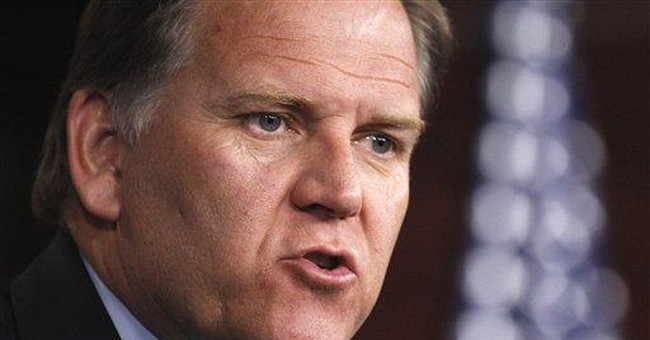 The government needs to “use every legal avenue” possible to bring NSA leaker Edward Snowden back to the United States, House Intelligence Chairman Mike Rogers said on Sunday.

Rogers slammed Snowden’s decision to leak classified documents and argued that the former contractor for Booz Allen Hamilton has “jeopardized our national security.”

"We have seen that bad guys, overseas terrorists that are committing and plotting attacks on the U.S. and our allies, have changed the way they operate," he said.

Rogers also questioned Snowden’s motives, given that he’s on the run—from Hong Kong to Moscow—and may seek asylum in Cuba or Venezuela.

"When you look at it, every one of those nations is hostile to the U.S. If you could go to North Korea and Iran, he could round out his government oppression tour," Rogers said. "If you think about what he says he wants and what his actions are, it defies logic.”

"If he really believes he did something good, he should get on a plane and come back and face the consequences of his actions," he said.