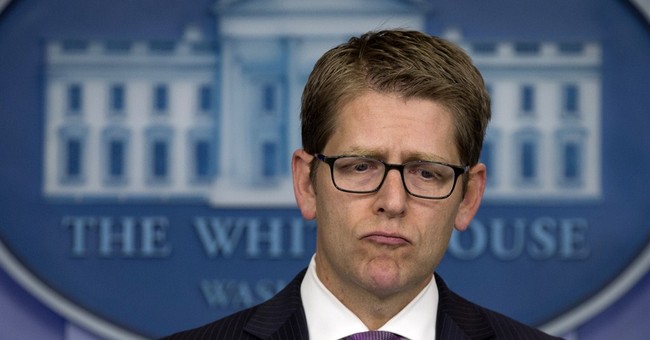 Jay Carney really appreciates your questions but he’ll have to get back to you, or refer you to someone else. Sorry, he just can’t speculate.

Sound familiar? If you’ve ever watched Carney’s daily briefings with reporters, there’s a good chance you’ve heard the press secretary dodge one—if not several—questions. Hey, it’s not his fault; he just hasn’t had a conversation about that with the president yet. But really—how many times have we heard some iteration of Carney’s go-to responses? Yahoo News breaks it down:

A Yahoo News analysis of the 444 briefings that Carney has held since becoming White House press secretary has identified 13 distinct strains in the way he dodges a reporter's question. Since Carney held his first daily briefing with reporters in the White House Brady Press Briefing Room on Feb. 16, 2011, for example, he’s used some variation of "I don’t have the answer" more than 1,900 times. In 1,383 cases he referred a question to someone else. But will he at least speculate on hypotheticals? No. In fact, he has refused to do so 525 times.