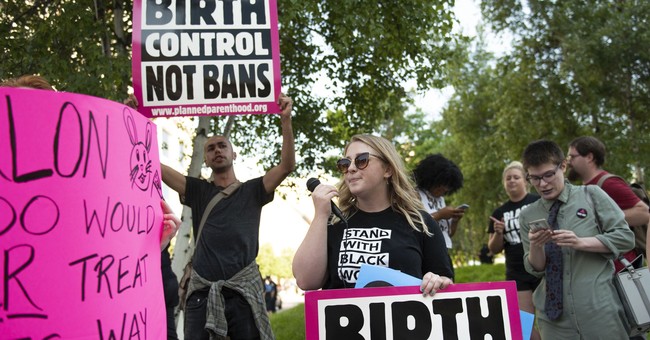 The rule requires “clear financial and physical separation between Title X funded projects and programs or facilities where abortion is a method of family planning.” HHS argues that “this separation will ensure adherence to statutory restrictions, and provide needed clarity for the public and for Title X clinics about permissible and impermissible activities for Title X projects.”

The rule also prohibits “referral for abortion as a method of family planning” and is called a “gag rule” by its opponents, however, it still permits “non-directive counseling on abortion.”

“We have serious concerns regarding the final rule’s compliance with the Title X statute, the public health implications of this action, and the Administration’s rationale for these changes,” they wrote. “Additionally, we have questions about the Department’s expansive claim of authority under this rule, HHS’s failure to account for the significant costs created as a result of the final rule, and the internal regulatory process used by the Department to review and finalize this rule.”

They sent a list of questions regarding the rule change that included asking whether HHS had “specific examples” of co-mingling and misuse of Title X funds in order to justify the physical separation requirements for organizations that provide abortion.

“Given that this rule clearly adversely affects public health, why did the Administration not choose to consider this final rule to be ‘economically significant,’” they asked.

The Democratic leaders finally asked if HHS consulted “with any external organizations, advocacy groups, or non-governmental entities in the drafting or finalization of this rule.”

According to data from the Center for Responsive Politics, the letters' authors have received thousands in campaign donations from Planned Parenthood.

Rep. DeGette, who is a co-chair of the Congressional pro-choice caucus, got $6,514 in campaign donations from the abortion provider since 2016.

Rep. Pallone received $3,500 in donations from the abortion giant in that time and Eshoo received $3,800.