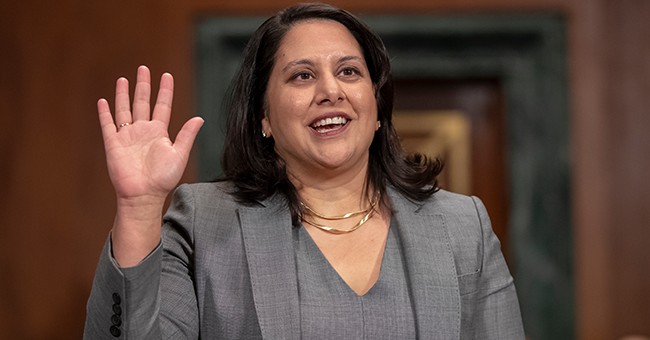 Neomi Rao, Trump’s judicial nominee for the U.S. Court of Appeals for the District of Columbia Circuit, sent a letter to the Senate Judiciary Committee Monday renouncing her past writings on date rape from her college days at Yale in the 1990s.

“As a society we should create an environment where survivors feel empowered and comfortable coming forward,” Rao emphasized. “I am sorry for anything in my college writings to the contrary.”

She also wrote in that column that “a good way to avoid a potential date rape is to stay reasonably sober.”

Rao faced scrutiny over the issue during her confirmation hearings and submitted the letter to the Senate Judiciary Committee to “further elaborate on” her views on the matter.