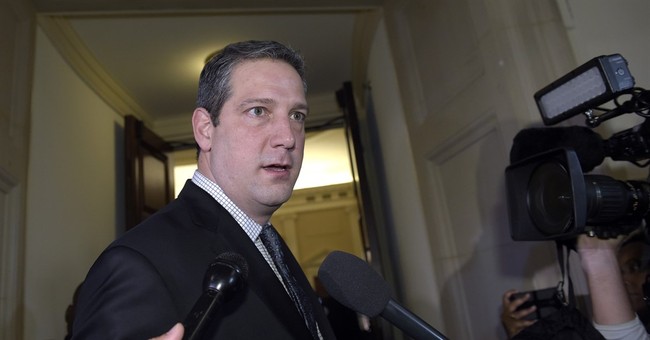 “I don't think anyone at any point questioned her ability to negotiate, for her to be in rooms like the one she's going to be in today, like the one she was in last week, and be as effective as anybody else in our caucus or in our party,” Ryan said.

“And I think that Donald Trump, I think, understands that now, and we have all the confidence that she will advocate on our behalf and get the best deal possible for the American people," he added.

Rep. Ryan unsuccessfully attempted to unseat Pelosi as Democratic Leader in 2016 and was also one of 16 Democrats who signed on to a letter pledging to oppose her in her 2018 bid for Speaker.

He later reversed his opposition after reaching a tentative deal on term limits for her speakership.

In his unsuccessful run against her in 2016, Ryan argued that Democrats played too much into identity politics and alienated voters.

"I think, in part, we try to slice the electorate up. And we try to say, 'You're black, you're brown, you're gay, you're straight, you're a woman, you're a man.' The reality of it is there's no juice in that kind of campaign. There's no energy in that because it's divided,” he told NBC at the time. “And we've got to have someone who can not just go on MSNBC, but go on Fox and Fox Business and CNBC, and go into union halls and fish fries and churches all over the country and start a brush fire about what a new Democratic Party looks like."

Hugh Hewitt asked Ryan about his current relationship with Pelosi in another interview Wednesday morning.

“We get along fine,” he said. “You know, a lot, we kept it professional the entire way. I mean, I clearly had some opinions that I expressed numerous times publicly, but you know, at some point, you’ve got to start governing the country. And we’re in the majority now in the House.”

Pelosi and Senate Minority Leader Chuck Schumer are still attempting to reach a deal with President Trump on funding for border security. The legislation they want to pass to keep the government funded may be a non-starter as it does not provide the $5 billion for a border wall that the president is demanding.