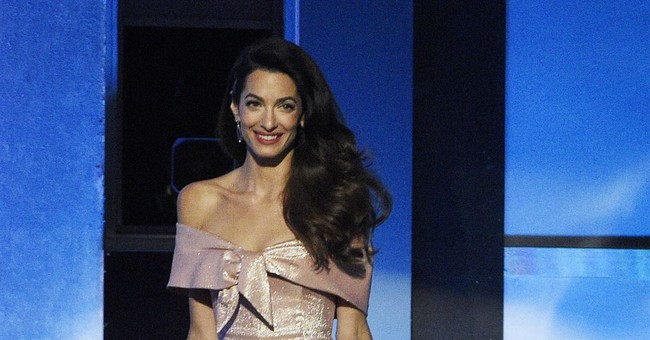 International human rights attorney Amal Clooney accused President Trump of putting the lives of journalists in danger with his rhetoric in a speech at the United Nations Correspondents Association Awards this week.

She said that journalists were “under attack,” in “autocratic regimes from North Korea to the Philippines to Hungary.”

“The U.S. president has given such regimes a green light and labeled the press in this country the ‘enemy of the people,’” she argued.

President Trump has used and tweeted the “enemy of the people” label about media he considers to be “fake news.”

“And of course, two months ago, Washington Post journalist Jamal Khashoggi walked into a consulate in Istanbul, and was brutally tortured to death,” Clooney added.

‘The chilling effect is real.’

She also talks about the effect of #US President @realDonaldTrump‘s description of press as an enemy of the people. pic.twitter.com/m0rE7XCz0R

Clooney, along with her husband George, has been a vocal opponent of President Trump since the 2016 presidential election. She claimed in 2016 that some of his comments “that there should be a religious test imposed on entering the U.S. or the fact that there should be state-sponsored torture or that families of suspected terrorists should all be killed — all of those things are violations of international human rights law and the values that underlie that."