Kellyanne Conway on Acosta Case: There's 'No First Amendment Right to Be in the White House' 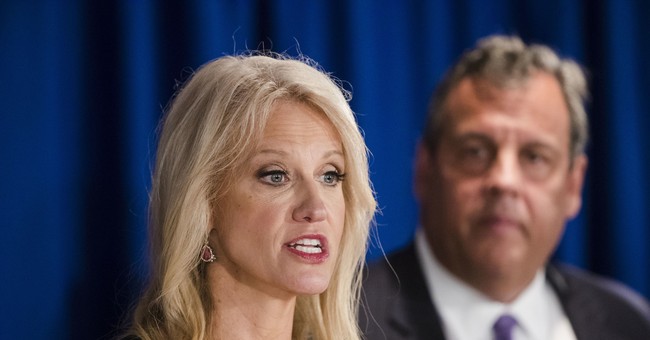 CNN’s Jim Acosta sued after his White House hard pass was revoked and a federal judge ordered the White House to temporarily reinstate the hard pass.

.@KellyannePolls on @Acosta ruling: "The judge's opinion had to do with the fifth amendment process. Due process. Not the First Amendment. You don't have a First Amendment right to be in the White House." pic.twitter.com/FDGKxjbzFD

Judge Kelly, a Trump appointee, said Friday that his ruling was based on CNN and Acosta's Fifth Amendment claims, arguing that the White House did not give him the due process legally necessary to revoke his press pass.

“Once you are allowed in of course then there needs to be a process,” Conway acknowledged, “so that’s exactly what the press shop is working on.”

Conway said the press shop's new guidelines would be released “in a few days or weeks” and that they would ask reporters to “show respect for the presidency and decorum for the White House.”

"White House officials sent Acosta a letter stating that his pass is set to be suspended again once the restraining order expires," CNN reported Monday.

Acosta’s pass was revoked last week after he got into a contentious exchange with President Trump during a press briefing. Acosta refused to hand over the microphone to a female intern and the White House characterized his behavior as placing his hands on her aggressively.