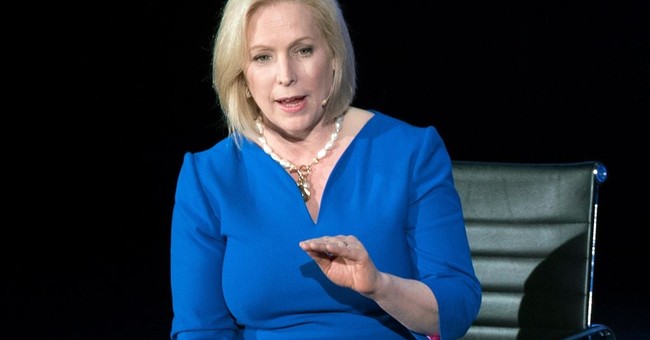 Sen. Kirsten Gillibrand (D-NY) was fact-checked by The Washington Post Thursday for three incorrect claims about unemployment numbers that she made while attempting to downplay the low black unemployment rate under the Trump administration.

Alex Phillips, a spokesman for Gillibrand, responded that she “accidentally dropped a word – ‘young’ – from her prepared remarks and meant to say ‘young black men’ and ‘young black women.’”

Kessler said that the numbers she cited are correct for young, black men and women.

“As for ‘young veterans,’ BLS data that is not seasonally adjusted shows that for 'Gulf War-era II veterans' ages 18 to 24, the unemployment rate in October was 12.6 percent,” he noted.

Phillips replied that Gillibrand used 20 percent because “she misspoke the stat off the cuff,” but “her point remains unchanged” that “the numbers are unusually high for young veterans.”

Kessler concluded his fact check by noting that “it is never a clever idea to try to ad-lib a statistic.”

“Gillibrand managed to mangle three statistics in three consecutive sentences before a large audience,” he said. “If you are trying to make the case that you can provide better economic stewardship, you need to get the numbers right first.”

A host of Democrats would be wise to take that advice to heart when it comes to unemployment statistics in the Trump era.

Gillibrand (D-NY) told MSNBC Monday that she's deciding if she’s “called” to run for president in 2020, saying that for her it’s a “moral question.”