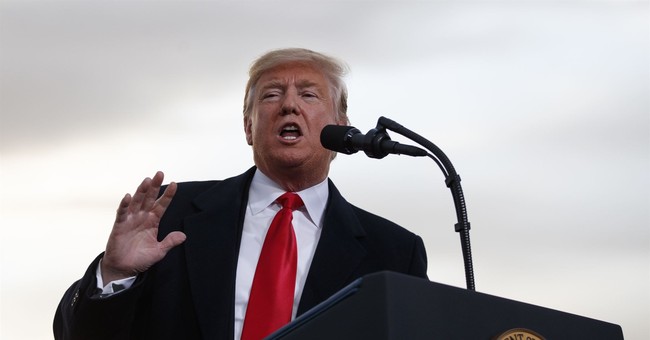 President Trump released a video Friday accusing Democrats of becoming an “angry mob” based on some of the violent rhetoric Democratic leaders have employed recently.

“The Democrats don’t like being called an angry mob, but really that’s what they’ve become,” Trump argued in the video. “They’ve gone so far left, they can’t even believe that they’re over there, they don’t know what’s going on.”

“They’re losing it, and they shouldn’t be,” he said. “We should be a unified country, it’ll happen someday.”

His video featured clips of Obama’s Attorney General Eric Holder saying “when they go low we kick them,” and Hillary Clinton arguing earlier this month that “you cannot be civil with a political party that wants to destroy what you stand for.”

He also accused Rep. Maxine Waters (D-CA) of “ranting and raving,” showing a clip of her remarks urging harassment of Trump officials.

"If you see anybody from that Cabinet in a restaurant, in a department store, at a gasoline station, you get out and you create a crowd, and you push back on them, and you tell them they’re not welcome anymore, anywhere," Rep. Waters told her supporters at the rally in June.

Trump’s video followed a remark he made at a rally in Montana Thursday where he said, "Democrats produce mobs, Republicans produce jobs."

"Any guy that can do a body slam, he is my type," he told the crowd.