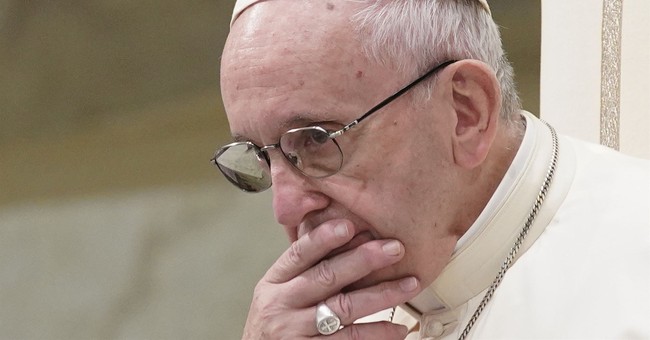 Vatican advisors revealed Wednesday that Pope Francis is summoning the head of every bishops’ conference around the world to Rome in February for a summit on preventing sex abuse by the clergy.

The unprecedented summit is scheduled to take place Feb. 21-24 and comes on the heels of serious questions about Pope Francis’s handling of the sexual abuse committed by Catholic bishops and priests most recently in the United States and Chile.

A shocking Pennsylvania grand jury report detailed over 1,000 instances of sexual abuse by 300 priests and cover-ups by bishops.

The pope initially said he would not say a “single word” on the accusations and refused to even answer a question about when he first knew of McCarrick’s behavior. He told journalists to read Viganò’s letter and make their own conclusions.

However, Pope Francis is scheduled to meet Thursday with Cardinal Daniel DiNardo, president of the US Conference of Catholic Bishops, and Cardinal Sean O'Malley, the pope's top adviser on clergy sex abuse. Cardinal DiNardo requested the meeting with Pope Francis in order to discuss the allegations in Viganò’s letter which, he said in a statement, deserve answers.

Following his prolonged silence on the matter, the pope’s advisors announced Monday that he is preparing a statement on Viganò’s claims.

The Pope upset many Catholics Tuesday when, rather than addressing the horrific sexual abuse and cover-ups by Catholic bishops, he preached a homily saying “the Great Accuser” was attacking bishops to create scandal. He said the devil “tries to uncover the sins, so they are visible in order to scandalize the people.”

During the sex abuse scandal in Chile earlier this year, Pope Francis was forced to apologize for “errors in judgment” after calling accusations of cover-up against Bishop Juan Barros a “calumny” for years. He admitted to sex abuse survivors that he had been “part of the problem” in that instance. He accepted Barros’s resignation in June.

The pope is also facing scrutiny over not accepting the resignation of D.C. Cardinal Donald W. Wuerl after he was accused by the Pennsylvania AG report of covering the abusive behavior of predatory priests during his time as bishop of Pittsburgh from 1988 to 2006.

Wuerl has been repeatedly confronted by protestors including recently during a mass where a man yelled “shame on you” and walked out during the homily. Wuerl’s name was removed from a high school in Pittsburgh and there have been many high profile calls for his resignation.

He announced Tuesday that he will be meeting with the pope in the near future about the mandatory resignation letter he submitted when he turned 75 in 2015.