Ivanka Trump Is Shutting Down Her Clothing Brand 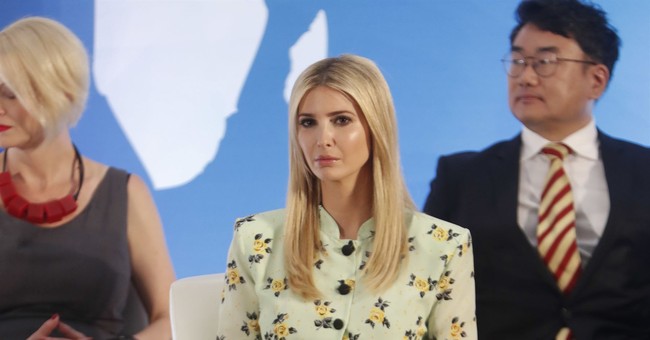 President Trump’s daughter, Ivanka Trump, announced Tuesday that she is shutting down her clothing line to continue to pursue her career in public policy.

"When we first started this brand, no one could have predicted the success that we would achieve,” Ivanka said in a statement. “After 17 months in Washington, I do not know when or if I will ever return to the business, but I do know that my focus for the foreseeable future will be the work I am doing here in Washington, so making this decision now is the only fair outcome for my team and partners."

"I am beyond grateful for the work of our incredible team who has inspired so many women; each other and myself included,” she added. “While we will not continue our mission together, I know that each of them will thrive in their next chapter."

The Wall Street Journal reports that Ms. Trump “had contemplated the move in recent months as she grew frustrated by the restrictions she placed on the company, IT Collection LLC, to avoid possible conflicts of interest while serving in the White House.”

In a statement Tuesday, Abigail Klem, the current president of the Ivanka Trump brand, said that closing the brand "was a very difficult decision for Ivanka."

"We are incredibly proud of the brand we have built and the content and product we've developed for our customers," Klem emphasized. "I know that this was a very difficult decision for Ivanka and I am very grateful for the opportunity to have led such a talented and committed team."

The brand made headlines and sparked controversy following the inauguration. Nordstrom announced it was dropping the brand shortly after the inauguration citing poor sales.