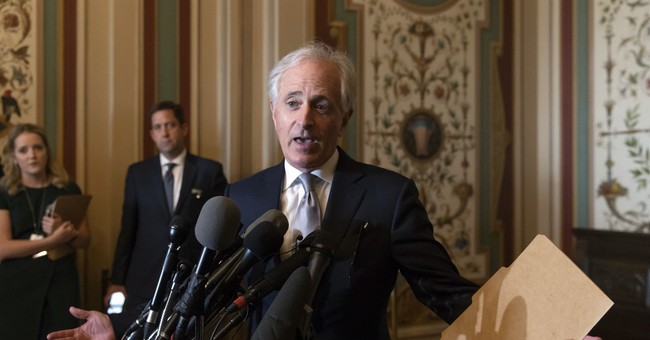 "We looked into it deeply in our office ... I'm sorry," he told the press. "I know you guys will probably give me hell over it.”

“If we are going to start getting translator's notes I think we are moving to a precedent that – unless some crime has been committed – is unprecedented and just not appropriate," he emphasized.

Sen. Jeanne Shaheen (D-NH) called for Trump’s interpreter to testify before Congress Tuesday after fallout from Trump’s remarks downplaying Russian interference in the 2016 election. Trump has since walked back the comments but some Democrats, including House Minority Leader Nancy Pelosi, are even claiming Putin is blackmailing the president.

Corker said he has spoken with Sen. Shaheen about his conclusions.

"I've told some of the members, I know Jeanne Shaheen, I talked to her yesterday on the floor, other members have brought it up," he said. "I've told them that I'm open if you can share with me that you don't believe that this is really breaking a long-standing precedent and moving into executive privilege, I am glad to reconsider."

Earlier Thursday, House Democrats attempted to subpoena the translator from the meeting for questioning as well, but were blocked by Republicans.