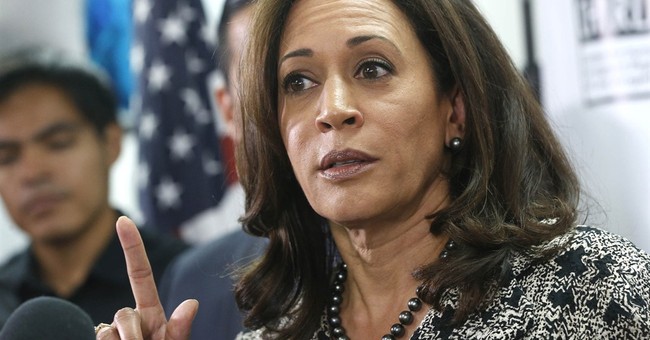 Sen. Kamala Harris (D-CA) told MSNBC Wednesday that allowing President Trump to choose a replacement for Supreme Court Justice Anthony Kennedy would mean the “destruction of the Constitution of the United States.”

Sen. Harris’s claim that one of Trump’s judicial nominees “refused to agree that Brown v. Board of Education is settled law” is an inaccurate characterization of judicial nominee Wendy Vitter’s confirmation hearing in April.

Vitter, the nominee for the Eastern District of Louisiana, in a manner not unusual for judicial nominees, declined to provide her personal views on Supreme Court precedent during her confirmation hearing. That meant that she declined to comment on Brown v. Board of Education, Roe v. Wade, and other cases decided by the Supreme Court.

However, when asked if there were any cases that she could say “were correctly decided by the United States Supreme Court,” Vitter clearly praised the reasoning behind Brown v. Board of Education as “the right decision.”

Sen. Harris is also not a fan of President Trump’s list of SCOTUS nominees, which does not include Vitter. She called them “complete non-starters” and “conservative ideologues” Wednesday.