'Someone Finally Saw Me': Alice Marie Johnson Thanks President Trump and Kim Kardashian 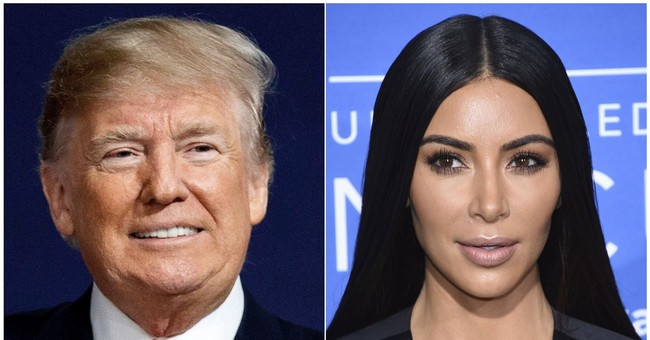 Johnson, 63, was released after serving 21 years of a life sentence for a first-time nonviolent drug offense and charges of money laundering.

In emotional remarks to reporters outside the prison, Johnson thanked President Trump and Kim Kardashian.

Alice Johnson is released from federal prison in Pickens County, Alabama, after her sentence was commuted by President Trump. She was serving life on drug charges. https://t.co/hmszlbqwQo pic.twitter.com/k73JiqWa20

"I feel like my life is starting over again," she said.

Earlier on the phone with CNN, Johnson promised President Trump, "I am going to make you proud that you gave me this second chance in life and I will not disappoint the American public."

"It means that someone finally saw me,” she told CNN’s Anderson Cooper, “someone finally heard me, someone had mercy on me -- and that was President Trump, and so I'm so thankful for him and what he's done."

"I want to say to President Trump: I am going to make you proud that you gave me this second chance in life."

“My daughter continues to always tell me that I remind her of a phoenix,” she reflected, “I guess in order to be a phoenix I had to rise above the ashes.”

She told reporters that Kardashian was the one who first called her with the good news and thanked her especially, saying she never gave up the fight.