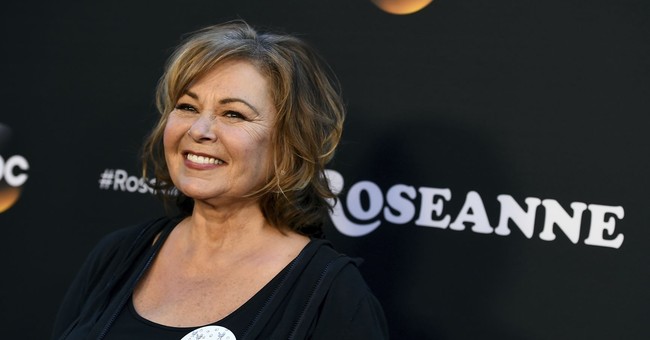 ABC announced Tuesday that it was cancelling Roseanne Barr’s TV show after she tweeted an offensive statement about former Obama advisor Valerie Jarett.

Barr tweeted about Jarett Tuesday: "Muslim brotherhood & planet of the apes had a baby=vj."

"Roseanne's Twitter statement is abhorrent, repugnant and inconsistent with our values, and we have decided to cancel her show."

Prior to ABC’s cancelling the show, Barr deleted the tweet, apologized, and announced she was leaving Twitter.

I apologize to Valerie Jarrett and to all Americans. I am truly sorry for making a bad joke about her politics and her looks. I should have known better. Forgive me-my joke was in bad taste.

Some of the cast and writers of the show quickly denounced Barr's comment Tuesday.

Wanda Sykes, a writer for ABC's "Roseanne," tweets that she will not be returning to the show. https://t.co/n9ALtDCmgn pic.twitter.com/0NDmxaXnCq

"Roseanne’s recent comments about Valerie Jarrett, and so much more, are abhorrent and do not reflect the beliefs of our cast and crew or anyone associated with our show. I am disappointed in her actions to say the least."https://t.co/n9ALtDCmgn pic.twitter.com/44G2z5AxIY