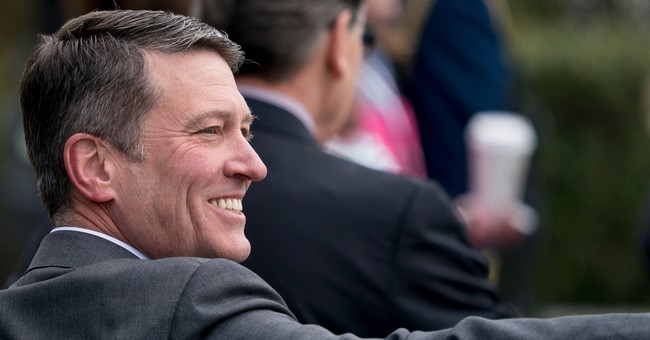 Dr. Peña was among those who claimed professional misconduct by Jackson. In memos obtained by CNN, she claimed Jackson may have violated Karen Pence’s patient privacy rights by sharing details of a medical incident involving her to chief of staff John Kelly.

Politico notes that “the allegations were troubling to many in Pence’s office and the White House, who felt that Pena misrepresented the severity of the situation in an effort to harm Jackson, according to the person familiar with the situation.”

Jackson withdrew his name from consideration for the position of VA Secretary after Sen. Jon Tester (D-MT) released a report of allegations of professional misconduct made by 23 current and former colleagues. These included claims that Jackson improperly dispensed medications and was drunk while on duty.

The Secret Service denied some of the reporting regarding the allegations.

"Over the last 48 hours, media outlets have alleged that U.S. Secret Service personnel were forced to intervene during a Presidential foreign travel assignment in order to prevent disturbing (former) President Barack Obama," The Secret Service said in a statement.

"The Secret Service has no such record of any incident; specifically, any incident involving Rear Admiral Ronny Jackson. A thorough review of internal documents related to all Presidential foreign travel that occurred in 2015, in addition to interviews of personnel who were present during foreign travel that occurred during the same time frame, has resulted in no information that would indicate the allegation is accurate."