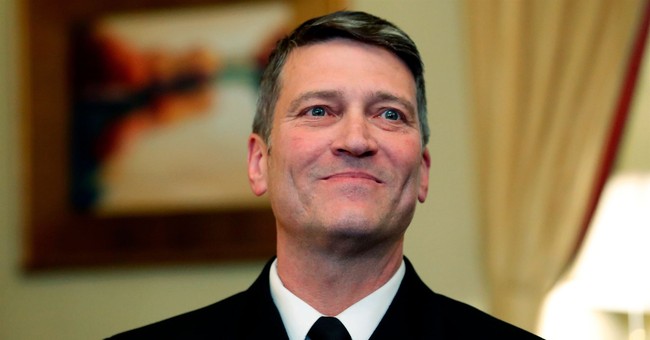 Over the weekend multiple media outlets reported Dr. Ronny Jackson was leaving the White House immediately and would not resume his duties as President Trump's physician.

The White House is pushing back on those reports and says Dr. Jackson will resume his duties after withdrawing his nomination for Secretary of Veteran's Affairs.

"Rear Admiral Ronny Jackson is currently on active duty, assigned to the White House as Deputy Assistant to the President. Despite published reports, there are no personnel announcements at this time,” White House Principal Deputy Press Secretary Raj Shah released in a statement Monday morning.

When Jackson withdrew his name last week, Senior Advisor to the President Ivanka Trump confirmed Jackson would remain in his post.

Admiral Ronny Jackson is a man of exceptional integrity, character and intellect. We are grateful for his long and distinguished service to our Nation and look forward to continuing to see his warm smile each day at the White House!

Late last week, the Secret Service said they have no records involving Dr. Jackson after CNN reported he drunkenly banged on a female colleague's door during an overseas trip in 2015. They also stressed how important Dr. Jackson is to their mission.

Recommended
Canadian Pastor Arrested and Dragged Off by SWAT Team on Busy Highway for 'Inciting' People to Go to Church
Rebecca Downs
After a look through White House records, the Associated Press confirmed three car accidents involving Jackson and government vehicles over the past three years were not his falt and did not involve alcohol. Previous media reports falsely accused Jackson of being driving drunk.