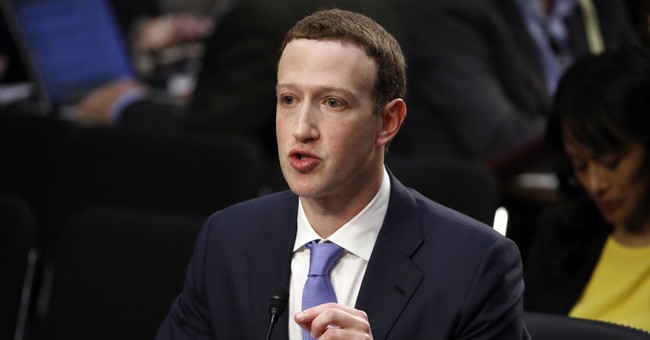 Sen. Ted Cruz (R-TX) grilled Facebook CEO Mark Zuckerberg Tuesday about whether or not the social media platform was biased against conservatives. Zuckerberg acknowledged that Cruz raised a “fair concern” but insisted that Facebook was committed to being a “platform for all ideas.”

"There are a great many Americans who I think are deeply concerned that Facebook and other tech companies are engaged in a pervasive pattern of bias and political censorship," Cruz said.

"Senator, let me say a few things about this,” Zuckerberg replied. “First, I understand where that concern is coming from because Facebook and the tech industry are located in the Silicon Valley which is an extremely left-leaning place and this is actually a concern that I have and that I try to root out in the company — is making sure that we don't have any bias in the work that we do.”

He said that it was a "fair concern." Cruz then interrupted to ask if any pages from Planned Parenthood, Moveon.org, or Democratic candidates, had been taken down by Facebook.

Zuckerberg replied that he was "not specifically aware" of any of those pages being censored.

Cruz asked if Zuckerberg was aware of the political orientations of the 15,000 to 20,000 people Facebook has working on security and content review.

"No, Senator, we do not generally ask people about their political orientation when they are joining the company," Zuckerberg said.

Zuckerberg concluded his exchange with Cruz by insisting that Facebook is committed to a free exchange of ideas.

"I am very committed to making sure that Facebook is a platform for all ideas," he insisted. "That is a very important founding principle of what we do. We're proud of the discourse and the different ideas that people can share on the service. And that is something that, as long as I'm running the company, I'm going to be committed to making sure is the case."