Mattis on Launching Airstrikes on Syria: 'I Don't Rule Out Anything' 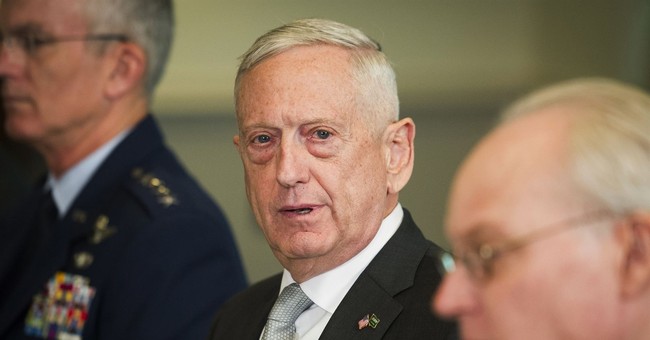 U.S. Secretary of Defense James Mattis responded Monday to the Bashar al-Assad regime’s chemical weapons attack against civilians in Syria over the weekend.

"I don't rule out anything right now," Mattis told the press when he was asked about potential military action against Syria while meeting with the emir of Qatar, Sheikh Tamim Bin Hamad Al-Thani, at the Pentagon.

“The first thing we have to look at is why are chemical weapons still being used at all when Russia was the framework guarantor of removing all chemical weapons,” Mattis said, “and so working with our allies and partners from NATO to Qatar and elsewhere we are going to address this issue.”

President Trump has tweeted that there will be a “big price” to pay for the attack.

UN Ambassador Nikki Haley announced Sunday that there will be an emergency UN Security Council meeting on the chemical weapons attack Monday.