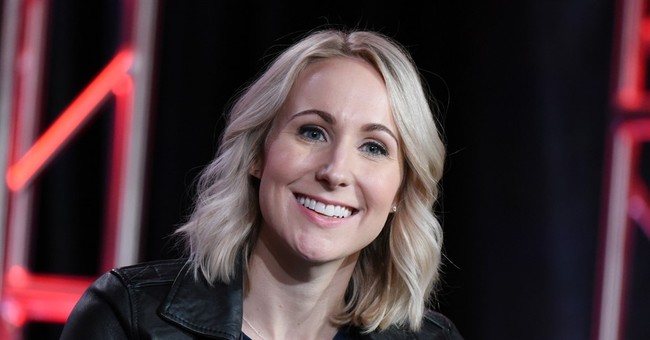 Comedian Nikki Glaser deleted a weeks-old tweet Tuesday aimed at Donald Trump Jr. and his wife following news of their divorce. She noted that the couple had five kids and asked “Why are people still allowed to have five kids?” Glaser told her followers Monday that she was tired of people insulting her over that sentiment and had deleted the tweet but stood by it, asking how it was a “controversial statement.”

Glaser's initial and subsequent tweet generated a lot of controversy and plenty of responses.

"Why are people still allowed to have five kids?" But don't worry, guys, she's not a fascist in any way. https://t.co/zcKyR0W2GU

Babies are a wonderful blessing and don't let feminists tell you otherwise. https://t.co/FooIriWmBf

Feminists who support abortion @PPFA don't want gov't controlling their bodies. But if the body is held by a member of the Trump family they think it's "ok" to condemn @MrsVanessaTrump @DonaldJTrumpJr over how many kids they have?! The ignorance here is beyond...#MAGA https://t.co/t3WKdnzE43

I am pregnant with my 5th and didn’t mind it. It’s not for everyone. I am also a democrat who worked at Clinton White House. So baby hoarding is not subjected to one party.

It is ignorant. Many people don’t have healthcare and many places in the US don’t have anywhere to even access BC. Condoms break. And some people plan for 5 kids! Who cares?

Also if the tweet was about overpopulation you should know that’s mostly a myth, we could easily be post-scarcity if it weren’t for capitalism. I like your comedy, but this was a bad tweet

Glaser then claimed that her tweet was really about adoption.

It’s about having kids when you could really just adopt. I understand wanting you own, but then have two biological ones and then adopt the other 3. There’s no need for 5 new kids on earth.