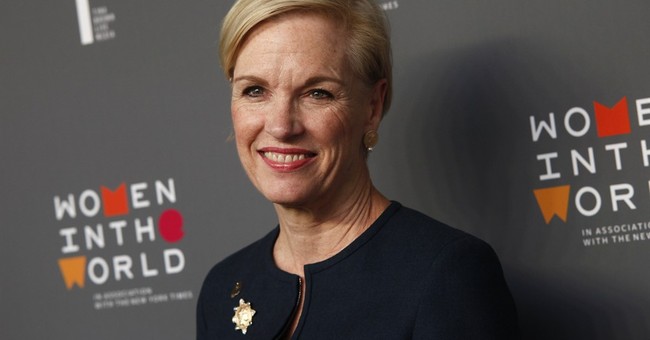 CBS Host John Dickerson asked Planned Parenthood president Cecile Richards Monday about the polarization of the abortion issue to the extent that there are hardly any pro-life Democrats. Richards told Dickerson that abortion is a "personal topic" but politicians can hold their personal beliefs on it without believing the government should tell women what to do on abortion.

“In the Democratic party right now you cannot be against abortion rights and survive as a Democrat,” Dickerson pointed out, “that’s happened over time, why do you think that is?”

“I actually don’t think that’s right,” Richards replied, “I think that there’s a difference that people in America see between their own feelings, personal feelings, about abortion, and it is a very personal topic and I certainly respect that, but it’s different to say you want the government to tell women and pregnant people what they can do.”

“That’s where actually there is overwhelming support now for Roe v. Wade, the highest there’s ever been in this country,” Richards claimed, “including among Republicans so I think it’s a difference between respecting people’s personal opinion and what you want the government to do.”

Dickerson replied by attempting to return to his main question – the polarization of the abortion topic.

“But do you think if you’re a Democrat who agrees with restrictions on abortion of some kind that you will have success in the Democratic party?” he asked.

"I mean I don't know,” Richards replied. “There are people running all across the country."

Richards, who is resigning from her post at Planned Parenthood at the end of the year, has responded more strongly to this issue in the past calling support for abortion “non-negotiable” and saying Planned Parenthood would “hold any politician who says otherwise accountable.”

Planned Parenthood backed pro-abortion challenger Marie Newman in Illinois against one of the last pro-life Democrats Dan Lipinski who won the March primary anyway. However, the national Democratic party would not endorse Lipinski until after he won the primary.

Last year, DNC Chair Tom Perez said in a statement that “every Democrat, like every American, should support a woman’s right to make her own choices about her body and her health. That is not negotiable and should not change city by city or state by state.”

Perez’s statement later received pushback from many Democratic leaders, including House Minority Leader Nancy Pelosi (D-CA). The Chairman of the Democratic Congressional Campaign Committee Ben Ray Luján told The Hill in July that “there is not a litmus test for Democratic candidates.”