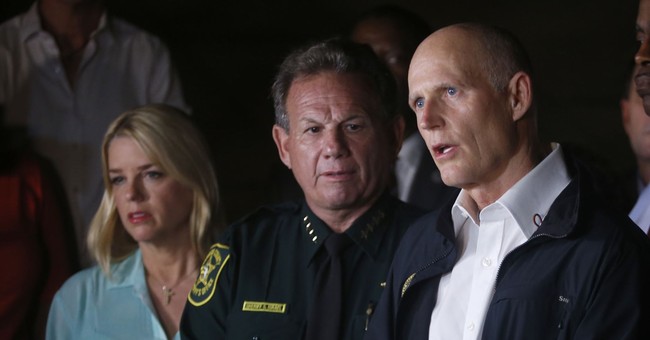 Florida Governor Rick Scott (R) called on the FBI Monday to release “all details surrounding the Bureau’s failure to take action after receiving information on January 5, 2018, regarding ‘[Nikolas] Cruz’s gun ownership, desire to kill people, erratic behavior, and disturbing social media posts, as well as the potential of him conducting a school shooting.’”

“Last week, our state and nation was shocked to learn of the FBI’s inexcusable inaction after receiving a tip informing them of Cruz’s desire to carry out a school shooting,” Gov. Scott said In a statement. “The FBI’s failure to initiate an investigation raises many questions, and the victims’ families deserve answers now. Today, I am calling on the FBI to immediately release all details surrounding the Bureau’s failure to act on a tip it received, including all details and protocols.”

Scott called on FBI Director Christopher Wray to resign last week after the FBI acknowledged that protocols were not properly followed in responding to the tip about Cruz.

“The FBI should release all records involving this terrible error,” Scott emphasized. “People in Washington tend to want to investigate, hold hearings and put off what truly needs to be done. Instead, someone needs to be held accountable.”

The FBI admitted Friday that it did not follow "protocols" in responding to the anonymous tip, expressing concerns over Cruz potentially conducting a school shooting.

"Under established protocols, the information provided by the caller should have been assessed as a potential threat to life," the FBI said in a statement.

In addition to receiving an anonymous tip about the shooter, the FBI had been alerted to a YouTube comment in September by a user named Nikolas Cruz saying he would be a “professional school shooter.”

There were also investigations by the sheriff’s department and the Department of Child and Family Services after Cruz cut his arms on Snapchat and said he wanted to buy a gun.