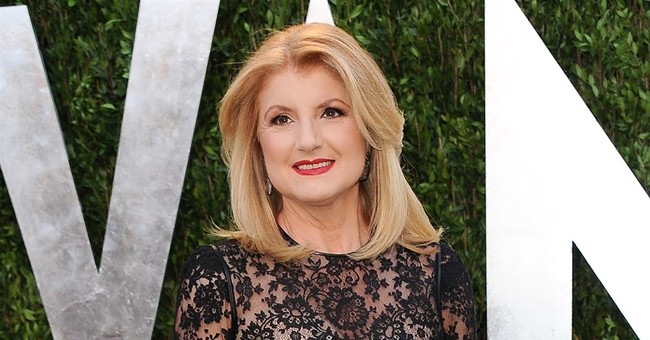 Arianna Huffington voiced concern Tuesday over a backlash from the #MeToo movement against sexual harassment that could actually harm women’s career prospects, based on new survey findings from LeanIn.org.

She tweeted that three times as many male managers are now uncomfortable mentoring women as a result of the #MeToo movement, calling it “a huge step in the wrong direction.”

3x as many male managers are now uncomfortable mentoring women in the wake of #MeToo. This is a huge step in the wrong direction. We need more men to #MentorHer. https://t.co/RyPo0PBz7N

The January survey also shows that, after the MeToo movement, “almost half of male managers are uncomfortable participating in a common work activity with a woman, such as mentoring, working alone, or socializing together.”

Male managers are also even more hesitant to meet with women in situations outside of work with senior men being three and a half times more likely to hesitate about having a work dinner with female junior colleague than a male one and five times less likely to do work-related travel with a junior woman than a man.

“If men think that the way to address workplace sexual harassment is to avoid one-on-one time with female colleagues – including meetings, coffee breaks, and all the interactions that help us work together effectively – it will be a huge setback for women,” she wrote.

“This is a big problem,” she said of the new hesitancy among men to mentor women, “because it undoubtedly will decrease the opportunities women have at work. The last thing women need right now is even more isolation. Men vastly outnumber women as managers and senior leaders, so when they avoid, ice out, or exclude women, we pay the price.”

Sandberg also criticized the “Pence rule” of not having dinner alone with a woman other than your wife.

“If you insist on following it, adopt a revised version,” she wrote. “Don’t want to have dinner alone with a female colleague? Fine. But make access equal: no dinners alone with anyone. Breakfast or lunches for all. Or group dinners only, nothing one-on-one. Whatever you choose, treat women and men equally.”