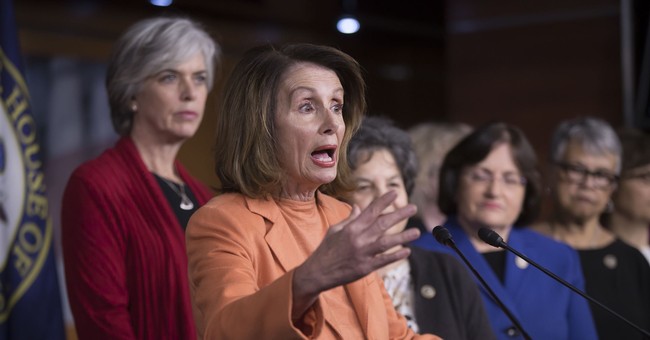 House Minority Leader Nancy Pelosi (D-CA) slammed President Trump’s framework for immigration reform that was submitted to lawmakers on Capitol Hill Thursday. She referred to the framework as “part of the Trump Administration’s unmistakable campaign to make America white again.”

“The Administration’s anti-immigrant framework is an act of staggering cowardice which attempts to hold the DREAMers hostage to a hateful anti-immigrant scheme,” she wrote in a statement Friday.

“The 50 percent cut to legal immigration in the framework and the recent announcements to end Temporary Protected Status for Central Americans and Haitians are both part of the same cruel agenda,” she claimed.

She emphasized that “the DREAMers will not be ransomed for a hateful agenda that betrays our sacred American values.”

The framework includes a permanent fix on the Deferred Action for Childhood Arrivals (DACA) program, funding for a border wall, and an end to the visa lottery and chain migration programs.

The White House would concede a path to citizenship for 1.8 million DACA recipients or those who are eligible for DACA but never signed up.

"This is a compromise position that we believe will get 60 votes in the Senate," a White House official said of the framework.

DACA has been made increasingly difficult by the fact that Cryin’ Chuck Schumer took such a beating over the shutdown that he is unable to act on immigration!