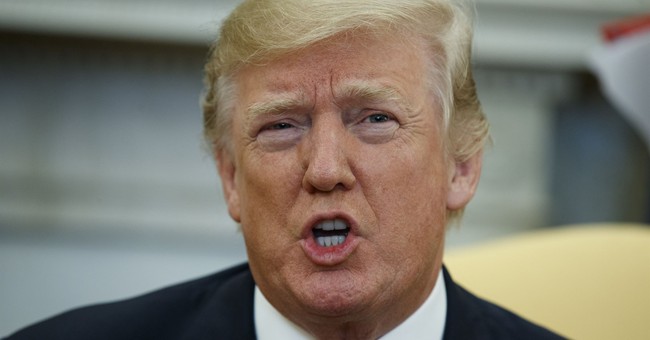 President Trump proclaimed January 16th as Religious Freedom Day, the White House announced Tuesday. The day was chosen because it is the anniversary of the 1786 passage of the Virginia Statute of Religious Freedom, a bill penned by former President Thomas Jefferson that served as inspiration for the First Amendment.

“All men shall be free to profess, and by argument to maintain, their opinions in matters of religion, and that the same shall in no wise diminish, enlarge, or affect their civil capacities,” the bill reads.

“Our Constitution and laws guarantee Americans the right not just to believe as they see fit, but to freely exercise their religion,” Trump wrote in his proclamation. “Unfortunately, not all have recognized the importance of religious freedom, whether by threatening tax consequences for particular forms of religious speech, or forcing people to comply with laws that violate their core religious beliefs without sufficient justification.”

Trump wrote that these threats to religious freedom “can destroy the fundamental freedom underlying our democracy.”

President Trump’s declaration was praised by conservative groups like the Family Research Council (FRC) while left-leaning organizations, like the American Civil Liberties Union (ACLU), took the opportunity to criticize the president.

This is the same president who called for a total and complete shutdown of Muslims entering the United States, and then issued multiple versions of a Muslim ban. #ReligiousFreedomDay ?? https://t.co/fWlfjFBwmo

In the announcement, Trump touted his May Executive Order which, he says, “helps ensure Americans are able to follow their consciences without undue Government interference and the Department of Justice has issued guidance to Federal agencies regarding their compliance with laws that protect religious freedom.”

“No American — whether a nun, nurse, baker, or business owner — should be forced to choose between the tenets of faith or adherence to the law,” Trump emphasized.

The president was likely referencing the Little Sisters of the Poor’s five-year lawsuit against the Obama-era contraception mandate and the Supreme Court case, Masterpiece Cakeshop, Ltd. v. Colorado Civil Rights Commission, of a Christian Colorado baker who declines to make cakes for same-sex weddings.