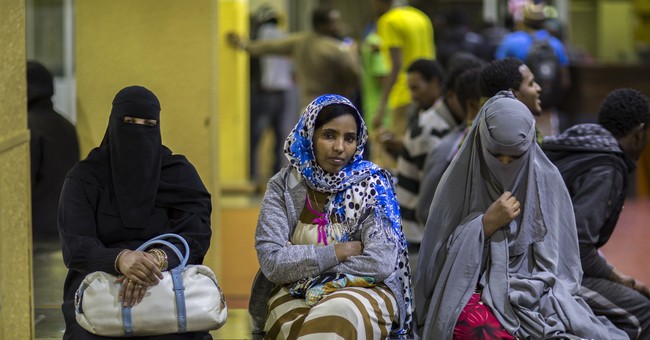 Two-time world chess champion Anna Muzychuk from Ukraine announced last week that she will not be defending her titles at a world chess tournament in Saudi Arabia. Muzychuk explained on Facebook that the country’s harsh restrictions on female players led to her decision, writing that she will not go where she is made “to feel myself a secondary creature.”

Saudi Arabia has loosened some restrictions for the tournament, allowing female competitors to wear high-necked white blouses and blue or black trousers instead of full-body abayas. However, they are also under fire for denying visas to seven Israeli competitors.

"Sports and competition should serve as a bridge between groups and nations," Jonathan Greenblatt, CEO of the Anti-Defamation League, said in a statement. "It is an accepted principle in competitive sports -- and part of FIDE regulations -- that hosts of international competitions must permit all competitors to participate.

Fatimah S. Baeshen, spokeswoman for the Saudi embassy in the U.S., defended the decision on Twitter.

"The Kingdom has allowed the participation of all citizens. The exception is whereby (Kingdom of Saudi Arabia) has historically not had diplomatic ties with a specific country - thus has maintained its policy," she said.

Related to the purported politicization of the International Chess Tournament hosted by Riyadh: the Kingdom has allowed the participation of all citizens.The exception is whereby KSA has historically not had diplomatic ties with a specific country-thus has maintained its policy.