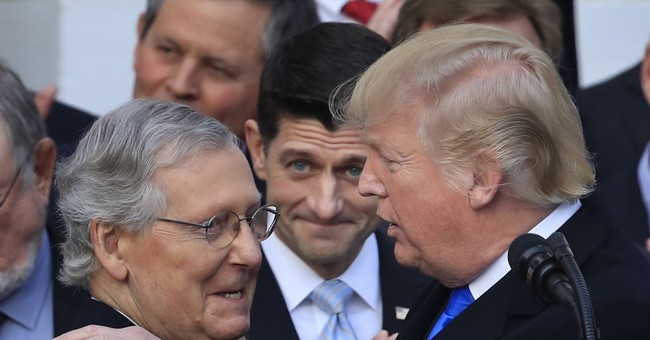 Almost a third of Americans believe President Trump has kept his promise of repealing Obamacare, according to a recent The Economist – YouGov poll.

Thirty-one percent of those surveyed said that Trump kept his campaign promise to repeal Obamacare, 49 percent said he hasn't repealed Obamacare, and 21 percent were unsure.

However, about 40 percent of the Republicans surveyed do not believe Trump has repealed Obamacare, along with 60 percent of Democrats and 45 percent of independents.

“We have essentially repealed Obamacare and we will come up with something much better,” he concluded.

The efforts by Republicans in Congress to repeal Obamacare fell short in the Senate earlier this year after the House passed a repeal bill in May. Senate Majority Leader Mitch McConnell (R-KY) told NPR last week that the Senate will likely "move on to other issues" next year.

It Sure Looks Like CBS News Edited Body Cam Footage to Omit a Key Frame in Adam Toledo Shooting
Townhall
'Journalism...ish': The Oregonian deletes 'poorly worded' tweet on the police-involved shooting of a 'white male in his 30s' in Portland park
Twitchy
Ron DeSantis Delivers a Message to Vaccinated Americans, Hysteria Follows
Redstate
The New World Order Is Taking Its Mask Off While Telling You to Keep Yours On
PJ Media