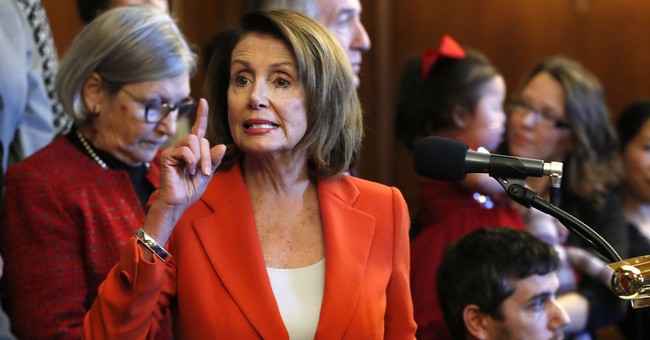 In addition to once again calling the bill an “immorality” and claiming that Republicans have “successfully sold America’s children’s future” to corporate America, she compared it to Mary Shelley’s classic horror story.

"It's a Frankenstein," Pelosi told reporters. "Anybody who's familiar with Frankenstein knows it was a creation, a monster that was created."

"Do you know the ending of Mary Shelley's story?” she asked. “The monster comes back to destroy."

She says the passage of the tax bill is an opportunity for Democrats to retake the House of Representatives.

"They're acting like people who know that their power is short-lived," Pelosi said of Republicans. "This is really a big opening. The door is open. The president's [approval] numbers are in the 30s. I think, probably, his numbers and the support for the tax bill are probably similar."

Senate Majority Leader Mitch McConnell (R-KY) posited the opposite during a discussion with Axios Thursday morning.

He anticipates that Democrats could be the ones seeing negative reaction for voting against tax cuts, saying the issue would be used in campaign ads against vulnerable Democrats.

Pelosi’s dramatic rhetoric on the tax bill is nothing new and she appears to have been reading several works of classical literature lately. She made another literary reference Wednesday, saying the bill would hurt children like Tiny Tim in Charles Dickens's classic "A Christmas Carol."

She also called it “Armageddon” at the beginning of December, later walking that comment back.