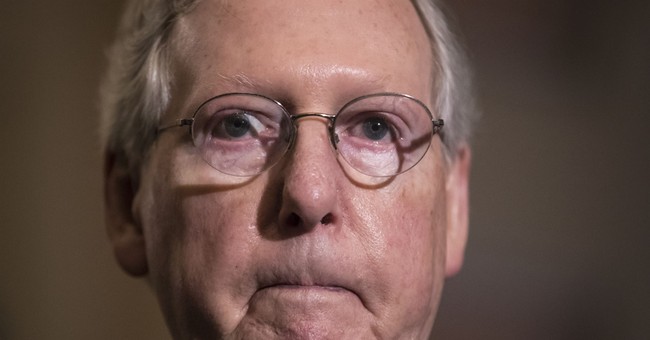 Senate Majority Leader Mitch McConnell (R-KY) reflected candidly on the media’s criticism of him, President Trump’s tweets, and the effect he thinks the new tax cuts will have on Democrats at an Axios event Thursday.

When asked about the media’s criticism of him, McConnell said that in his line of work, “you have to decide whose opinion you care about” and proceeded to cast some shade at the New York Times.

.@SenateMajLdr Mitch McConnell: "I care not a wit what the New York Times editorial thinks says about me." pic.twitter.com/Myc3JEQJNF

“I care for example what people like Charles Krauthammer and George Will think about me, I care what the Wall Street Journal editorial board thinks about me,” he said. “I care not a whit what the New York Times editorial page thinks about me so that’s how I deal with the inevitable criticism that comes along with doing a job like this. Whose opinion do you value?”

“Look, you can’t be in this line of work and make everybody happy,” McConnell emphasized.

McConnell also discussed how he anticipates that Democrats might see some negative reaction for voting against tax cuts, saying the issue could be used in campaign ads against vulnerable Democrats.

McConnell went on to describe his current relationship with President Trump as “good.”

“He knows I’m not a huge fan of tweets although I liked the tweet he sent out about me yesterday so there are exceptions but I think he’s doing the right thing for the country,” he added.