SNL Women Write Statement in Support of Franken: He Apologized and He Always Treated Us Well 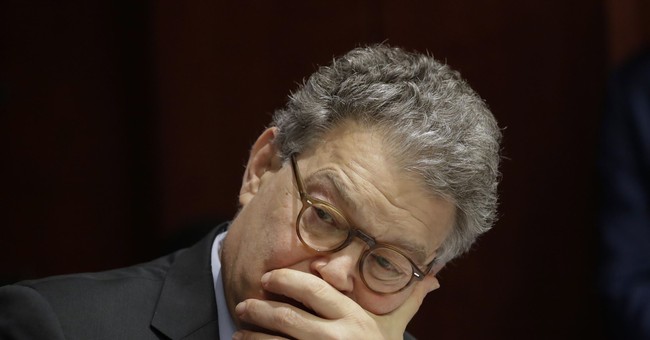 NBC News released a statement today, signed by 36 women who’ve worked with Sen. Al Franken (D-MN) on Saturday Night Live, supporting Franken despite the sexual allegations that have come out against him including a photo of him groping radio anchor Leeann Tweeden. The women write that “what Al did was stupid and foolish and we think it was appropriate for him to apologize to Ms. Tweeden, and to the public.” They then went on to say the felt they should “mention our sincere appreciation that he treated each of us with the utmost respect and regard.”

36 women from SNL sign statement in support of @alfranken. But call what he did “stupid and foolish” pic.twitter.com/FGuXjOTVPD

The statement was almost universally panned on Twitter as an excuse for Franken’s bad behavior to other women simply based on Franken’s better behavior towards the SNL women.

36 women who worked with Al Franken on SNL have signed a letter of support...I would not be surprised if this has a chilling effect on women speaking out. It was shameful when Fox News hosts did this for Roger Ailes and this letter, at this time, is highly inappropriate. pic.twitter.com/qhuD6MDtpS

This is so hypocritical and damaging to women who come forward as victims -- no matter their political affiliation -- and I am honestly so disappointed. @alfranken, if you truly believe in being a champion for women's voices, create the precedent. Make lasting change. Step down. https://t.co/2R96zA2BeF

Some pointed out that the women were basically thanking Franken for not sexually harassing them.

Wait, these women are _thanking_ Franken for treating them with respect? https://t.co/TIhM4sFEBf

If the minimum bar we have for men is that they're respectful and don't harass us, that means harassment is disrespect instead of the morally and legally reprehensible act that it is. No wonder the Brock Turners of the world are so plentiful. https://t.co/MmN4jdvw8G

Franken issued an apology for the incident with Tweeden, specifically the photo she released showing Franken groping her while she slept. Tweeden also says Franken forcibly kissed her, an incident Franken says he remembers differently. He has asked for and agreed to cooperate in an ethics investigation over the incident.

New allegations surfaced Monday that Franken had groped a second woman in 2010 at the Minnesota State Fair, something he says he doesn’t recall but apologized if she felt disrespected.