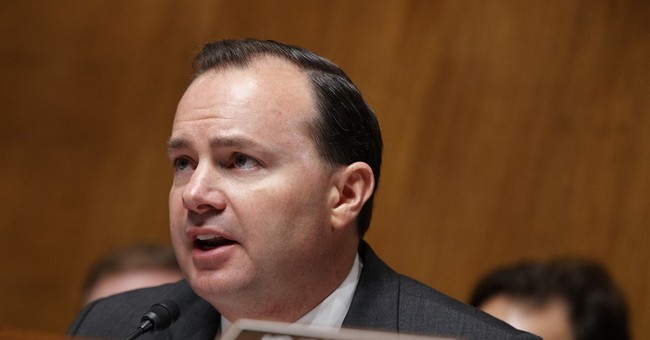 Sen. Mike Lee (R-UT) has asked Alabama GOP Senate nominee Roy Moore not to use his image in fundraising materials following a Washington Post story Thursday that detailed accusations against Moore of sexual misconduct and assault against minors, one of whom alleges the conduct occurred when she was just 14.

Moore had been endorsed by Sens. Lee, Ted Cruz (R-TX), and Rand Paul (R-KY) and was fundraising with their images following the allegations Thursday.

Ted Cruz out with a statement calling on Moore to "immediately withdraw" if allegations are true, according to @TexasTribAbby. But Moore is still fundraising using images of Cruz, Rand Paul and Mike Lee as recently as this afternoon: https://t.co/wRsEb1MGWD pic.twitter.com/nZdvrnZ9YW

Lee's office told The Hill Friday that the Moore campaign never obtained the office’s permission to use Lee’s image and that their office has asked that Moore take it down.

Sen. Lee also briefly commented on the report Thursday that "if these allegations are true, Roy Moore needs to step down."

Cruz and Paul did not comment on the use of their images but Cruz released a statement saying that if the allegations are true, Moore should withdraw from the race.

"These are serious and troubling allegations," Cruz said in a statement Thursday. "If they are true, Judge Moore should immediately withdraw. However, we need to know the truth, and Judge Moore has the right to respond to these accusations."