GOP Congresswoman: Why Do Dems Think It's 'Dangerous' to Let Parents Save for Unborn Babies? 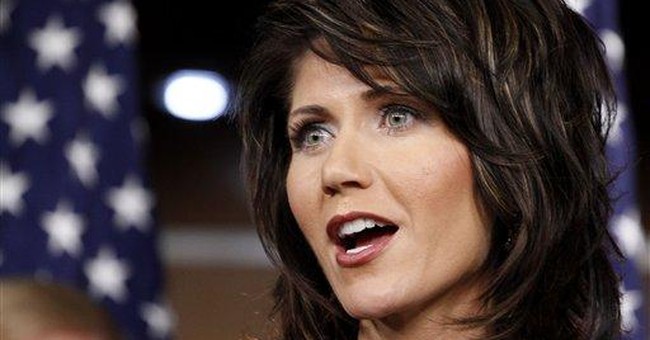 “What’s so dangerous about giving the opportunity for parents to save in a 529 plan for the future of their children?” Rep. Noem asked.

“I remember the first time that my husband Brian and I heard my daughter’s heartbeat, it was life changing for us and we planned for her future,” she said. “The reality of that is being translated into this law by defining the fact that now families can plan for that child from the moment of being in utero and can start saving for whatever education costs that they may have.”

“My colleagues on the other side of this aisle when they were talking about this issue…they called this ‘dangerous language’ which I found offensive,” Noem emphasized. “Letting parents dream about their children and the future that they could have and having a provision that actually provided a route for them to do so and prioritize, it was astonishing to me that that is how this type of language could be defined. What’s so dangerous about that?”

The bill says that for 529 college savings accounts, “nothing shall prevent an unborn child from being treated as a designated beneficiary.” It defines an unborn child as a “child in utero” which “means a member of the species homo sapiens, at any stage of development, who is carried in the womb.”

“If this kind of dangerous language starts appearing in other places in federal law it could have far-reaching implications on women’s health,” Rep. Chu claimed Monday, “but ultimately the inclusion of this language is yet another Republican attempt to block a woman’s constitutional right to abortion but this time in the guise of changing our tax code.”

“This language has nothing to do with college savings accounts,” she insisted. “Instead this is an attempt by anti-abortion activists to redefine personhood but in the tax code.”

Abortion groups such as NARAL and Planned Parenthood praised Chu's characterization of the language as "dangerous" while pro-life organizations, such as the Susan B. Anthony List and the March for Life, praised the bill for recognizing the personhood of the unborn.