Report: Persecution of Christians Around the World at an All-Time High 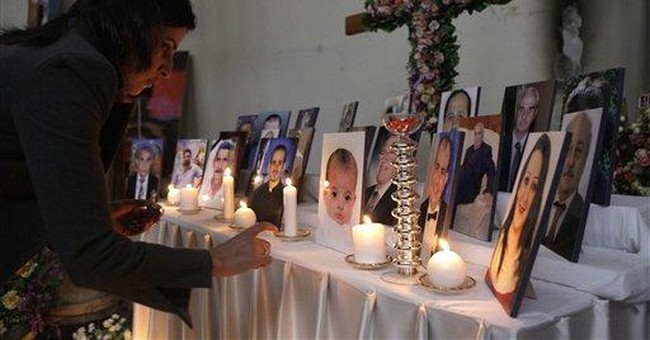 Anti-Christian persecution is at an all-time high world-wide, according to a recent report from the international Catholic charity, Aid to the Church in Need. The report, which tracks worldwide persecution from 2015-2017, found that 75 percent of religious persecution was directed at Christians.

The report also found that “in 12 of the 13 countries reviewed, the situation for Christians was worse in overall terms in the period 2015-17 than within the preceding two years.”

“In almost all the countries reviewed,” the report says, “the oppression and violence against Christians have increased since 2015 – a development especially significant given the rate of decline in the immediate run-up to the reporting period.”

John Pontifex, the report’s editor commented that “in terms of the numbers of people involved, the gravity of the crimes committed and their impact, it is clear that the persecution of Christians is today worse than at any time in history.”

“Not only are Christians more persecuted than any other faith group, but ever-increasing numbers are experiencing the very worst forms of persecution,” he added.

The report draws its findings from fact-finding trips and studies such as the Pew Forum’s Social Hostilities Index and Open Door’s World Watch List.

Among the main findings, the report noted that “In Iraq, the exodus of Christians is so severe that one of the world’s oldest churches is on course to all but disappear within three years unless there is dramatic change for the better.”

They also say governments in the West and the UN “failed to offer Christians in countries such as Iraq and Syria the emergency help they needed as genocide got underway. If Christian organisations and other institutions had not filled the gap, the Christian presence could already have disappeared in Iraq and other parts of the Middle East.”

They found that Christians have “suffered increased violence and oppression as a result of a rise in religious nationalism,” noting, “in India, for example, persecution has risen sharply since the rise to power of the right-wing Hindu nationalist Bharatiya Janata Party (BJP) led by Prime Minister Narendra Modi in 2014.”

The report also highlights increased persecution in China “where the President has described Christianity as ‘a foreign infiltration.’”

“Increased hostility to Church communities accused of resisting government control has resulted in the increasingly widespread removal of crosses from churches and the destruction of Church buildings,” they note. “Some regional authorities have banned Christmas trees and greetings cards.”

North Korea is the worst offender, according to the report which found, “unspeakable atrocities” against Christians that include “enforced starvation, abortion and reports of faithful being hung on crosses over a fire and others being crushed under a steamroller.”