MSNBC's Joy Reid: Trump Doesn't Have 'Compassion' You Normally See After a Disaster Like Hurricane Harvey 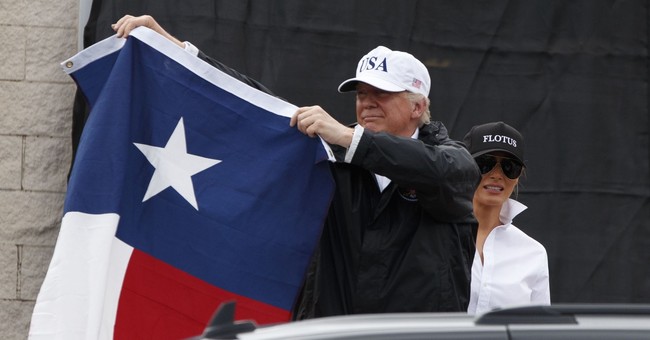 MSNBC’s Joy Reid appeared on The Daily Show with Trevor Noah Tuesday and spoke about President Trump’s response to Hurricane Harvey, calling it “disturbing,” and claiming Trump can’t “connect with the sort of compassion that you normally have when you see a disaster like this.”

“He sees everything in terms of ratings and crowd size,” Reid said of Trump. “The accomplishment he sees in Harvey is that it’s the biggest, during the era of Donald Trump and so there’s something disturbing just about the way he talks about it.”

“He said something to the effect of ‘Harvey’s a really nice name, but you know the storm — not nice, not nice..’ NO KIDDING, IT’S A HURRICANE!” she said.

Many in the media are also opining on the lack of empathy in Trump’s response, including The Atlantic, CNN, and The Washington Post.

Noah seemed to appreciate Reid’s psychoanalysis of Trump’s alleged empathy deficit, but failed to ask her about her own Harvey gaffe.

Reid tweeted Sunday calling out the president for failing to appoint a FEMA director prior to Hurricane Harvey. She was forced to tweet a retraction when she was informed that there was, in fact, a FEMA director, Brock Long.

Trump’s visit to Texas has faced continuous scrutiny from the media including speculation that his visit was “too soon” and could hurt rescue efforts, criticism of First Lady Melania for wearing heels while boarding the flight to Texas, and questions over why Trump focused on thanking emergency responders rather than mentioning victims of the storm.