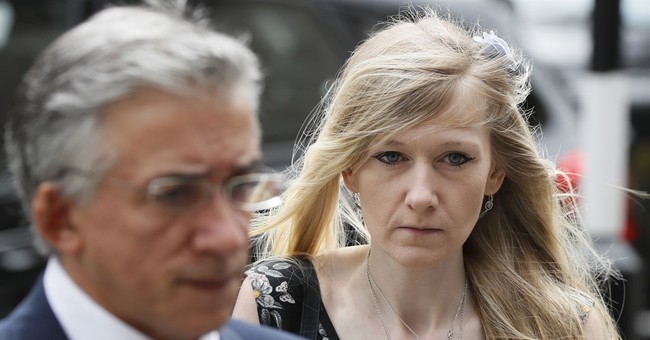 The parents of terminally ill baby Charlie Gard withdrew their objection Wednesday to their baby dying in a hospice rather in their home as they had originally requested. Charlie, who suffers from a rare genetic condition, will be transferred to a hospice and taken off life support, a UK judge ruled, unless an alternative agreement can be reached.

Connie Yates and Chris Gard fought a long battle against the Great Ormond Street Hospital in London, drawing international attention, to bring their son to the U.S. for experimental treatment. The hospital did not believe the treatment would work and thought it would only prolong the baby’s suffering. The parents withdrew their request Monday stating that the window of time for the treatment had now passed.

BBC reports that the family had been unable to find an intensive care specialist, which the hospital said was "essential" for the baby’s care.

The judge said the name of the hospice and when Charlie was admitted would be private.

Charlie’s mother left the court room distraught shouting, "I hope you are happy with yourselves."

Charlie Gard’s case drew the attention of Pope Francis and President Trump who extended offers of support to the family. Many in Congress offered their support as well.

Rep. Trent Franks (R-AZ), who had helped introduce legislation to try to help bring baby Charlie to the U.S., expressed his outrage over the parents’ situation Wednesday.

This is an outrageous outcome. Life needs to be cherished – an international throng agrees. Pray for this family. https://t.co/9cN1XmNz1y