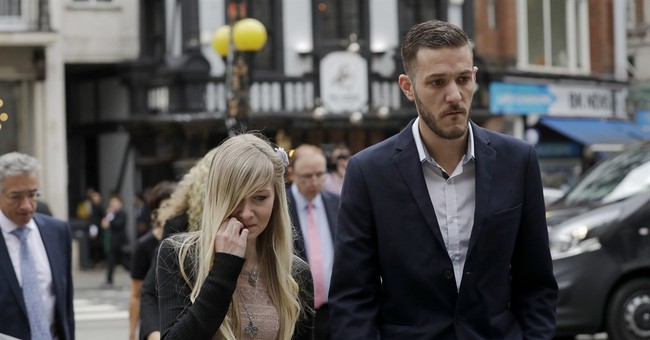 UPDATE: Here's Chris and Connie's statement outside the courtroom.

Connie Yates and Chris Gard, the parents of Charlie Gard, the terminally-ill baby who they sought to bring to the United States for a last-ditch experimental treatment, have dropped their legal battle to move their son. Charlie suffers from an extremely rare mitochondrial condition that has left him without the ability to move or breathe on his own.

BREAKING: Lawyer for parents of UK baby Charlie Gard says they withdraw application to take him to the United States pic.twitter.com/3gtzND4DaD

Per the couple's lawyer, it's simply too late for the treatment to have any potential benefit.

MORE: Lawyer for parents of Charlie Gard say time has run out for him to have treatment pic.twitter.com/o1LuMAsz2I

Armstrong: there was a 1- to 2-month window of time for Charlie to be treated, and unfortunately for Charlie, the time has run out.

Charlie's parents have been fighting for months to bring their son to the United States, but faced significant legal hurdles throughout the entire process. They raised over $1 million to transport and treat their son, yet the European Court of Human Rights ruled that doing so was not in his best interest, and he had to remain at Great Ormond Street Hospital. Life support was ordered to be withdrawn on June 30. Since then, Charlie has remained on life support, and received offers from help from both President Trump and Pope Francis.

But now, unfortunately, it looks as though it's just too late to help Charlie.

According to their lawyer, Charlie's parents intend to start a foundation to stand for parents and children in similar situations to theirs. The judge praised Connie and Chris for their advocacy for Charlie's care, saying that "no parent could have done more for their child."