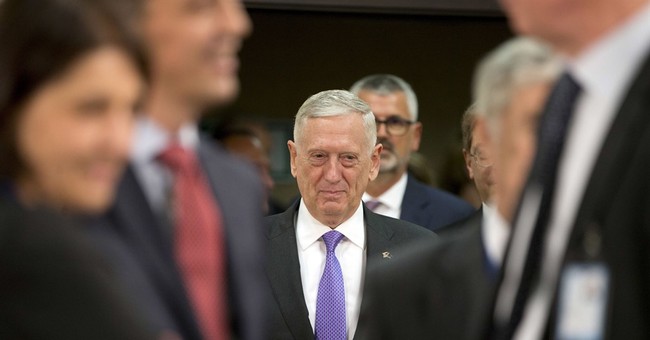 Defense Secretary James Mattis has delayed an Obama-era policy that was set to take effect July 1st which would have allowed incoming service members identifying as transgender to enlist if they have been "stable" in their gender identity for 18 months. Mattis was acting on a recommendation from top military officials to postpone the policy until January 1st so they could review their plans and better study the impact the policy would have.

In a leaked memo regarding the delay, Mattis said that the decision, “in no way presupposes an outcome.”

“Since becoming the Secretary of Defense, I have emphasized that the Department of Defense must measure each policy decision against one critical standard: will the decision affect the readiness and lethality of the force?” Mattis said in the memo. “Put another way, how will the decision affect the ability of America’s military to defend the nation? It is against this standard that I provide the following guidance on the way forward in accessing transgender individuals into the military Services.”

"The Pentagon is right to hit the brakes on a policy that will fail to make our military more capable in performing its mission to fight and win wars. It's good that the nation's military leadership realizes what the American people realize, this policy makes no sense,” Boykin said in a statement.

Boykin pointed to the high cost of the policy, pointing out that "the military has been reduced to stripping parts from museums, which is why it makes no sense to spend more than a billion taxpayer dollars on new body parts for anyone who joins the military and identifies as transgender.”

“After lost deployment and other costs are factored in, taxpayers could be on the hook for as much as $3.7 billion over the next ten years,” he added. “Spending billions of dollars on transgender surgeries and treatment plans, when the military has other priorities that would actually ensure its effectiveness in war, is irresponsible.”

Stephen Peters, national press secretary for the LGBT advocacy group, the Human Rights Campaign and a Marine veteran discharged under Don’t Ask, Don’t Tell said that “once this important policy is implemented, it will strengthen our military by allowing qualified and talented transgender people to enlist or commission.”

“Each day that passes without the policy in place restricts the armed forces’ ability to recruit the best and the brightest, regardless of gender identity,” he added. “We are disappointed in this needless delay because the thousands of highly trained and qualified transgender service members openly and proudly serving our nation today have proven that what matters is the ability to accomplish the mission, not their gender identity.”

A Rasmussen survey released Friday found that "just 23% of likely U.S. voters think the U.S. military's decision to allow openly transgender people to serve is good for the military." Thirty-one percent thought it was bad for the military and 38 percent said it would have no impact.