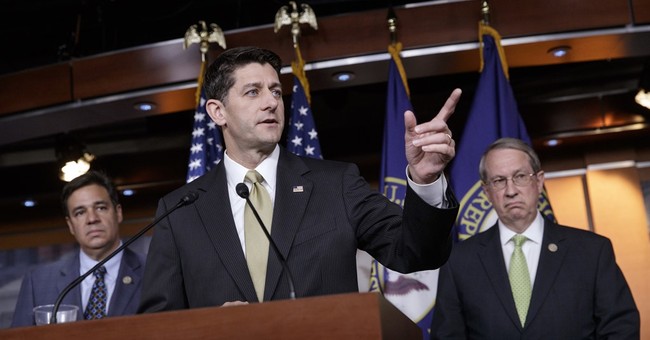 The House of Representatives passed the No Sanctuary for Criminals Act by a 228-195 vote Thursday which bars federal funds from sanctuary cities if they do not cooperate with federal immigration enforcement efforts. The vote was largely along party lines with three Democrats voting for the bill and seven Republicans voting against it.

The measure, introduced by Rep. Bob Goodlatte (R-VA), would also allow victims of crimes committed by illegal immigrants the ability to sue sanctuary cities if they “released the alien from custody prior to the commission of such crime as a consequence of the State or political subdivision’s declining to honor a detainer.”

The White House is very supportive of the measure saying it would “ensure that American taxpayers are not subsidizing States and localities that work to affirmatively thwart Federal law enforcement efforts.”

President Trump personally met with victims of crimes committed by illegal immigrants Wednesday including the mother of 21-year-old Sarah Root who was killed last year by an illegal immigrant drunk driver. Provisions of the bill, requiring pretrial detention for illegal immigrants who kill, are named “Sarah’s Law.” Root’s killer is still a fugitive after being released on bail.

The House also passed Kate’s Law Thursday which requires a five year prison sentence for anyone who reenters the country illegally after being deported twice.

Speaker of the House Paul Ryan praised the passage of the immigration bills saying the House is taking action to enforce the law.